Trump says he ‘unequivocally’ condemns attack on US Capitol, vows to ensure safe transition in 1st message after impeachment 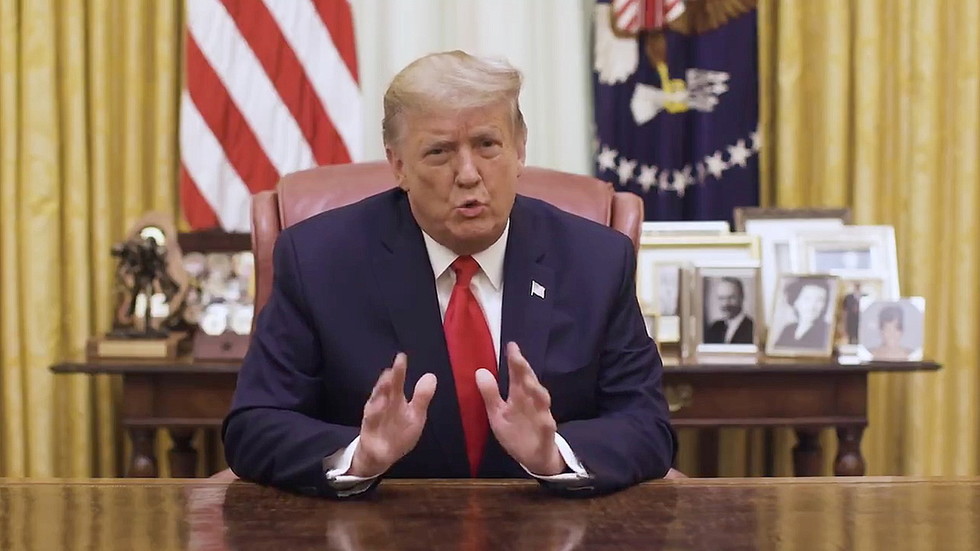 Shortly after the House voted to impeach him for the second time, President Donald Trump decried the assault on the US Capitol by his supporters, saying that those who participated in the unrest “attacked” his movement as well.

In a video message posted to official White House account on Twitter on Wednesday, Trump struck a conciliatory tone, urging Americans to “overcome the passions of the moment and join together as one American people,” while disavowing those who resorted to violence in the name of his cause.

If you do any of these things, you are not supporting our movement, you are attacking it, and you’re attacking our country

Trump noted that the January 6 mayhem that saw a crowd of his supporters forcing their way into the Capitol, “angered and appalled millions of Americans across the political spectrum.” Hesignalled he shares the same sentiment about the riot, that left five people dead.

I want to be clear. I unequivocally condemn the violence we saw last week.