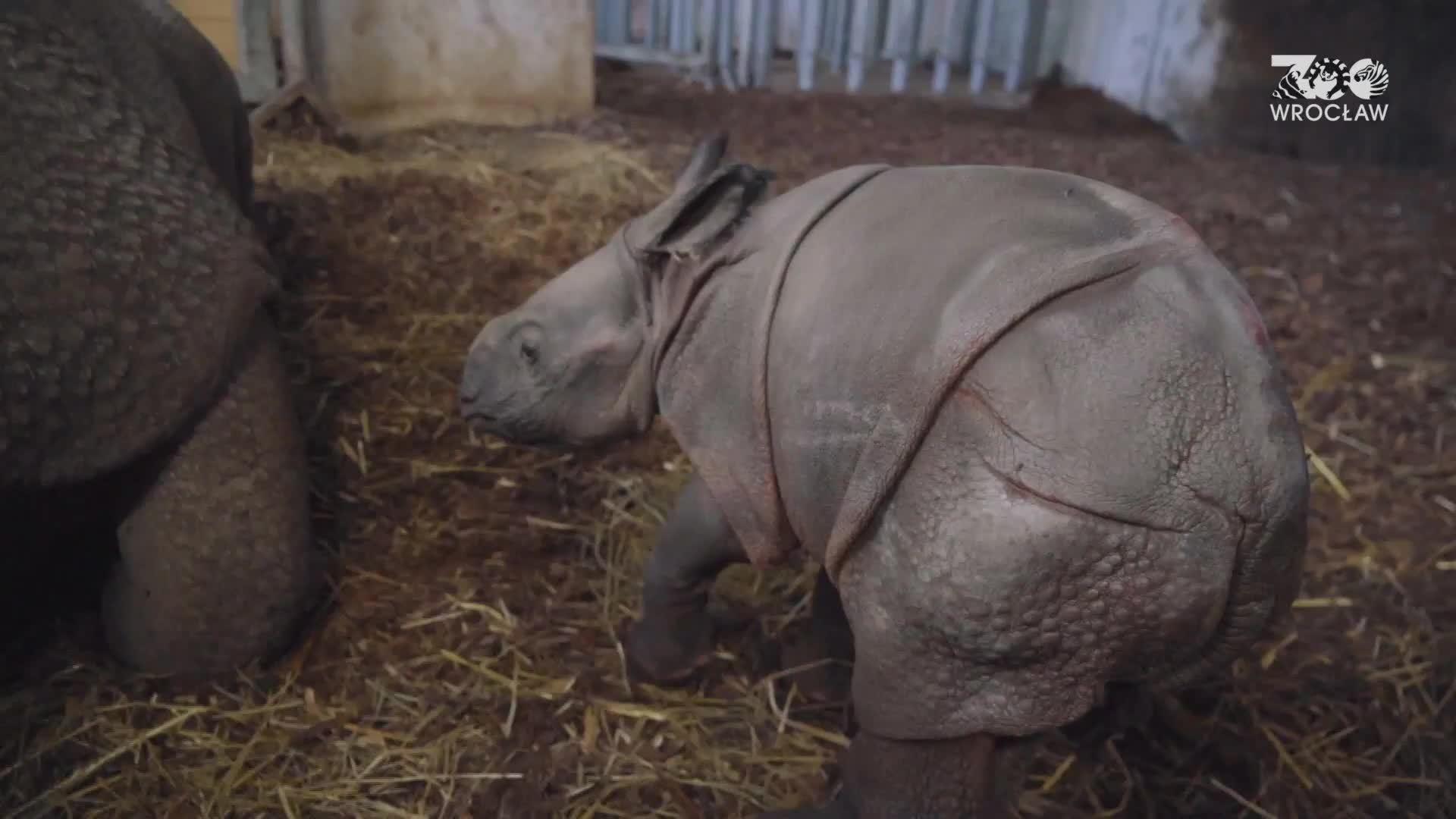 Earlier this week, for the first time in it’s 155-year history, Wroclaw Zoo has welcomed a baby rhino to the family. After a long 16-month pregnancy the baby girl was born on January 6.

“It is the first rhino in the history of the zoo, the first Indian rhino, in general the first that was born here. It’s a great joy for us but also a great challenge,” said Justyna Nowicka, an animal keeper at Wroclaw zoo, on Sunday.

Indian rhinoceros are a rare species to find. These mammals are kept in only 66 zoos worldwide.

The species is also rare to find in the wild. A few decades ago the species was close to extinction because their long horn, which can grow up to 57cm, made them a poaching target. But strict protection rules enforced since the 1970s have helped the population increase to an estimated 3,600.

“We are very pleased about this (the birth) because the species is threatened, like all rhinos. It only lives in several national parks … in India. And these parks are increasingly built upon, unfortunately with human settlements, which cause problems, especially in the event of floods,” said Radoslav Ratajszczak, president of Wroclaw Zoo.

The species rarity makes this birth of great significance and to make good news even better, zoo keepers are speculating that this is not the only rhino to be born in Wroclaw zoo, since the parents are still young and likely to mate again.​