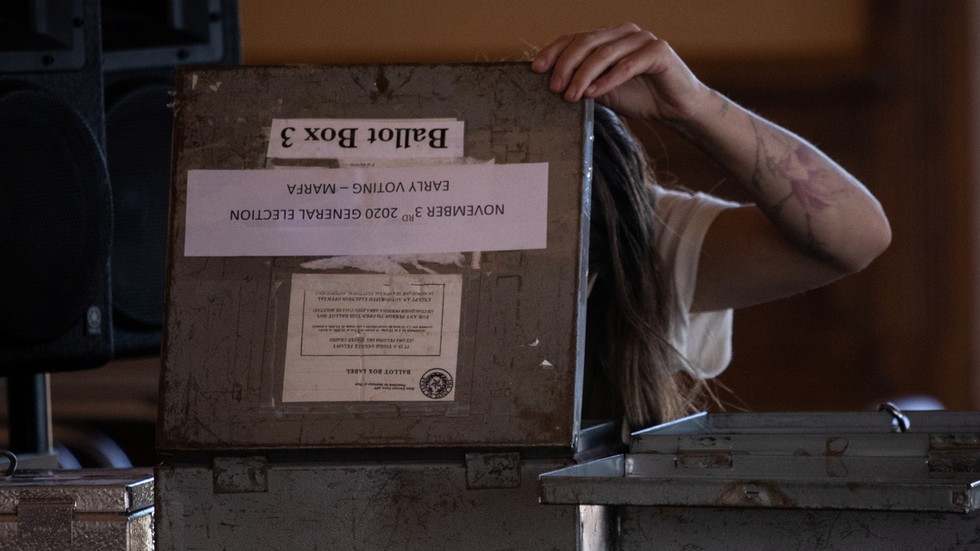 A Texas political consultant has been arrested for voter fraud, after her actions were exposed in multiple Project Veritas videos, in which she admitted to ballot harvesting and being paid for “getting the Biden vote out.”

Texas Attorney General Ken Paxton announced the arrest of Raquel Rodriguez on Wednesday. In a public statement, Paxton called claims that there is no voter fraud “false and misleading.”

“Many continue to claim that there’s no such thing as election fraud. We’ve always known that such a claim is false and misleading, and today we have additional hard evidence. This is a victory for election integrity,” he said, going on to cite the Project Veritas videos as the reason for launching the criminal probe in the first place.

“For those in the news media who say there is no such thing as voter fraud and what we do is nothing more than an attempt to ‘undermine elections,’ TAKE A SEAT!” Project Veritas founder James O’Keefe wrote on Twitter in celebration of the news. He then directly called out members of the media who had refuted voter-fraud claims pushed by President Donald Trump and his supporters.

VERITAS INVESTIGATION INTO VOTER FRAUD LEADS TO ARREST. For those who say “nothing matters” this is for you. For those in the news media who says there is no such thing as voter fraud and what we do is nothing more than an attempt to “undermine elections,” TAKE A SEAT! pic.twitter.com/L65hvsesSb

In undercover videos, Rodriguez can be seen convincing at least one voter to change their preference from Republican to Democrat, and giving the same senior citizen gifts, both of which break election laws. Rodriguez goes on to admit she often gifts seniors and ex-prisoners in exchange for votes for certain candidates, and says she is paid for her work.

Rodriguez did not specify who, if anyone, had paid her for Biden votes, but claimed many Republican officials in Texas were trying to “help” in that endeavor. She also identified numerous local officials for whom she had helped harvest ballots in exchange for money or political favors.

Also on rt.com ‘I could go to jail’: Project Veritas VIDEO alleges FRAUD by ‘ballot chaser’ in Texas who prompts woman to change vote to Democrat

Rodriguez is facing charges of “election fraud, illegal voting, unlawfully assisting people voting by mail, and unlawfully possessing an official ballot.” She admitted in one Veritas video that what she was doing was illegal and she“could go to jail.” She now faces up to 20 years in prison for her alleged crimes.

Though Rodriguez primarily admitted to local election fraud, theories about fraud in the presidential election have become a particularly hot-button issue since the storming of the US Capitol last week by Trump supporters. The riot occurred immediately after a speech from the president in which he continued to claim he had won the election, despite his many attempts to overturn the results in court having led nowhere.

Since then, the Democrats have floated possible actions Congress could take to silence election-fraud theories from both the media and Republican lawmakers. Rep. Alexandria Ocasio-Cortez (D-New York) this week suggested a congressional committee be held to “rein in the media environment” and prevent falsehoods about election fraud from continuing to be spread.

Rep. Jason Crow (D-Colorado) also claimed on Wednesday that he and other lawmakers are considering taking action to censure or expel Republican congressional members who continue to claim there was fraud in the presidential election, such as Rep. Marjorie Taylor Greene (R-Georgia).