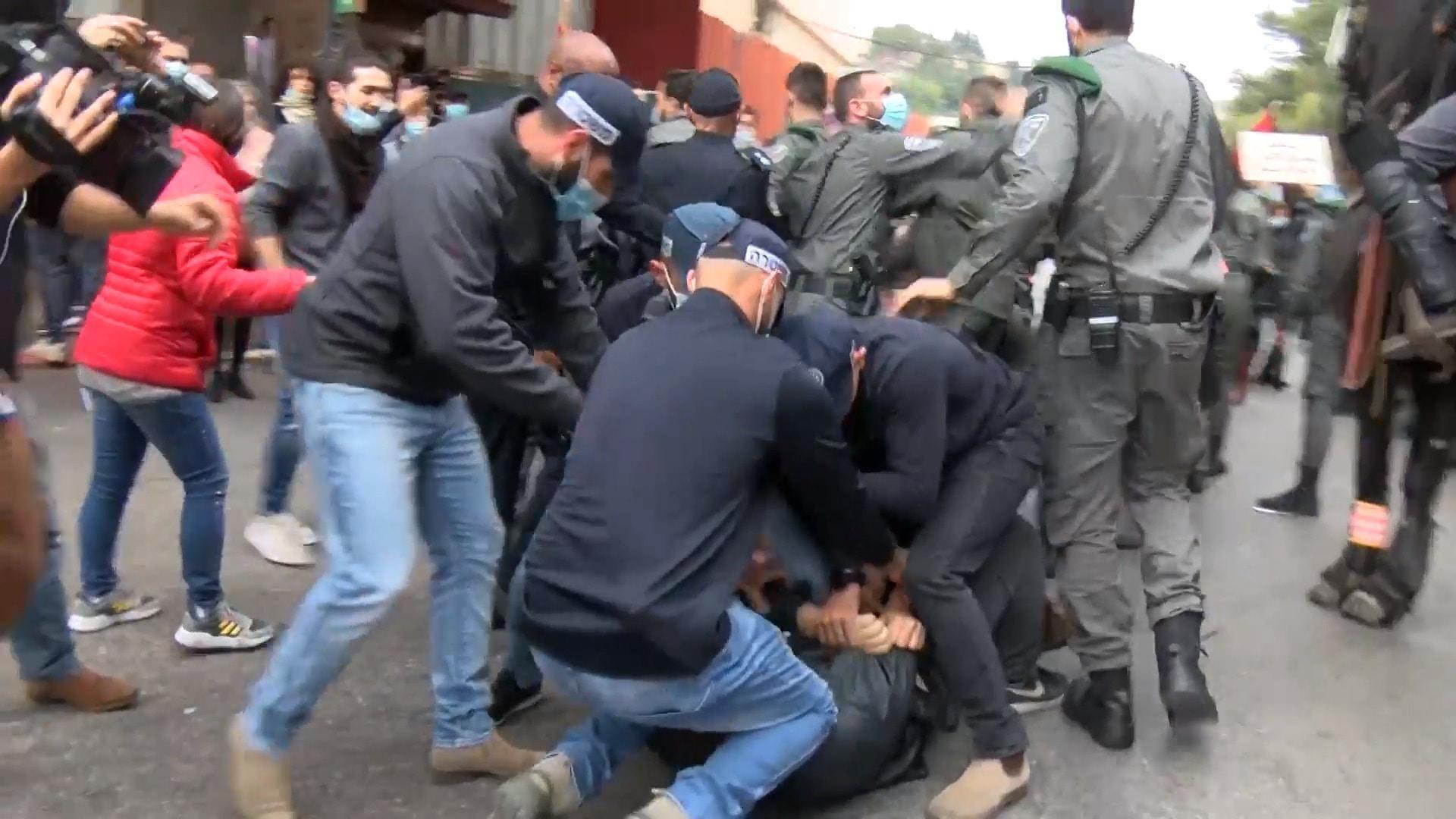 At least 19 protesters were arrested in Nazareth on Wednesday as hundreds of demonstrators rallied against the visit of Israeli Prime Minister Benjamin Netanyahu to the city.

Local reports suggested at least three members of parliament were escorted away from the protest in violation of their immunity.

Netanyahu arrived in Nazareth as part of a campaign ahead of the next general election in March.