‘Guys, it’s not a build a bear workshop’: Golfer Paige Spiranac hits out at social media trolls who claim her boobs are ‘too big’ 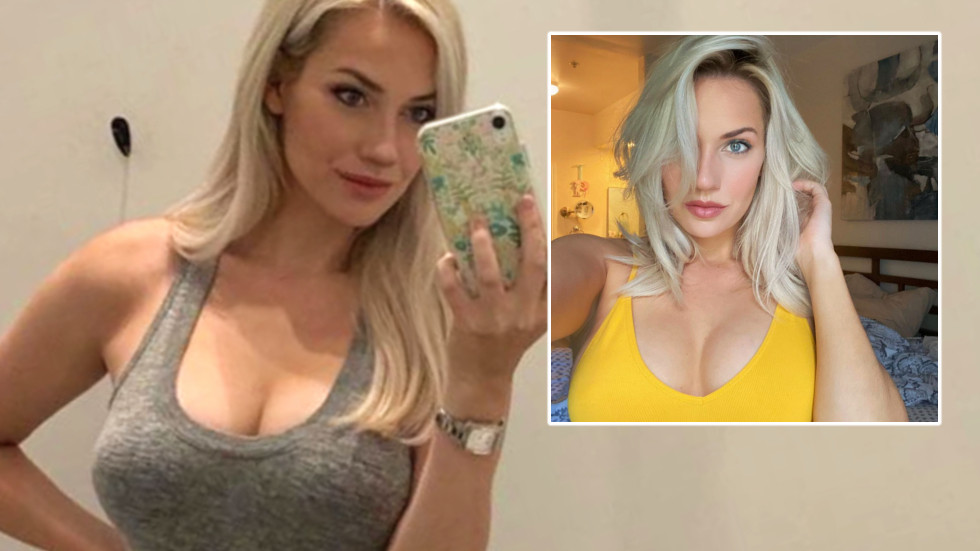 Ex-pro golfer Paige Spiranac has hit out at pass-remarkable fans on social media who have criticized the 27-year-old stunner for her appearance after she received floods of “body shaming” messages online.

Former LPGA tour pro-turned-social-media-personality Spiranac hit out at legions of trolls who have targeted her online based solely on her looks, detailing on Twitter vile – and often contradictory – tweets sent to her.

“It’s crazy that I can be told I look too fat, too skinny, too plastic, too old, wearing too much makeup, not enough makeup, boobs too big, butt not big enough, too pale, hair too blonde, not blonde enough all in one day,” she wrote.

“Guys, it’s not a Build-A-Bear workshop over here. Calm it down,” she added, referencing the well-known American retailer which provides stuffed animals to people designed to their exact specifications.

It’s crazy I can be told I look too fat, too skinny, too plastic, too old, wearing too much makeup, not enough makeup, boobs too big, butt not big enough, too pale, hair too blonde, not blonde enough all in one day. Guys it’s not a build a bear workshop over here. Calm it down

Any person that says that about you is clearly 1 of 3 things. 1. Clueless. 2. Blind or more than likely 3. Highly jealous & envious.

It blows my mind that people would say any of those things to you. What ever happened to respecting women. Do these people have no morals at all. SMH

Spiranac boasts a sizeable following, with more than 380,000 followers on Twitter and an impressive audience of almost three million on Instagram.

But as many high-profile figures have found out in recent times, a large social media following can also have its pitfalls, with aggressive and demeaning comments commonplace when she posts photographs of herself.

Spiranac was also labelled a “whore” by a fan of the baseball team the San Diego Padres when she joked about the team online.

Also on rt.com ‘It happens with men too’: Golf ace Paige Spiranac slams woke warriors over sexism claims after footballer is mocked for moustache

“People hiding behind their electronics spewing hate, lies and insults are cowards,” one fan wrote in defence of her, adding: “Glad you are strong and know that many on Twitter stick up for good people.”

Another chimed in: “I’m sure you don’t or shouldn’t listen to the opinions of others.

“It matters how you feel about yourself. As long as you like you, that’s all that matters.”

Also on rt.com ‘I was shunned by stuffy golfing world because of my cleavage,’ says social media favorite Paige Spiranac