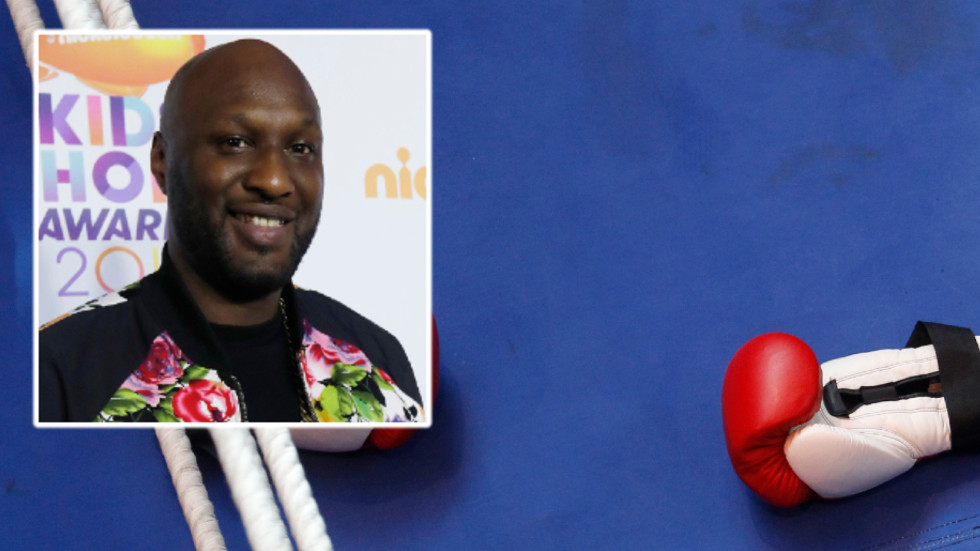 Former basketball superstar Lamar Odom has prompted concerns from fans online after the two-time NBA champion was revealed to have signed up for his celebrity boxing debut this summer.

Odom, 41, will follow in the footsteps of another former NBA pro, Nate Robinson, by trading the basketball court for the boxing ring – but he will surely be hoping to improve upon Robinson’s performance in November, when he was knocked unconscious in the second round of his fight with YouTuber Jake Paul on the undercard of the Mike Tyson vs. Roy Jones Jr comeback fight.

Now it has been revealed revealed that the 6ft 10in Odom has signed on the dotted line with the Celebrity Boxing group ahead of a fight against an as-yet-unnamed opponent on June 12 in Atlantic City, New Jersey. Former pop star Aaron Carter is also reported to be on the card.

Some skeptics are concerned that Odom’s pugilistic pursuit is just the latest in what is becoming a long series of unusual behavior. Odom was forced to deny accusations last week that he had relapsed on drugs after a series of bizarre social media postings centered around his “Black Jesus” alter ego.

Lamar Odom has announced plans to compete in a celebrity boxing match this June in Atlantic City, NJ.Odom is 6-foot-10, but outside of NBA offseason training with former heavyweight champion Vitali Klitschko, he has limited boxing experience.His opponent?TBD. pic.twitter.com/QuwFYw2niv

He doesnt seem like the kind of person who needs more head injuries.

Odom, though, is no stranger to a fight. In 2015, he came close to losing his life – and said he experienced 12 strokes and six heart attacks – after overdosing on cocaine and being found unconscious in a Las Vegas brothel.

His pursuit of riches on the celebrity boxing circuit comes amid a swathe of fellow ex-pros who have navigated to the boxing ring amid massive fan interest (and potential box office bonanzas) in seeing well-known public figures fight each other.

Perhaps the two most infamous examples are the Paul brothers, Jake and Logan – the latter of whom will face ring icon Floyd Mayweather in an exhibition match next month, despite being winless in his two outings in the sport thus far.

Odom will surely be hoping that his prizefighting debut goes a whole lot better than Robinson’s, lest he be left kissing the canvas after being felled by somebody who is “Instagram famous”.

Also on rt.com ‘I had 12 strokes and six heart attacks’- ex-NBA star Odom on his 3-day cocaine overdose coma