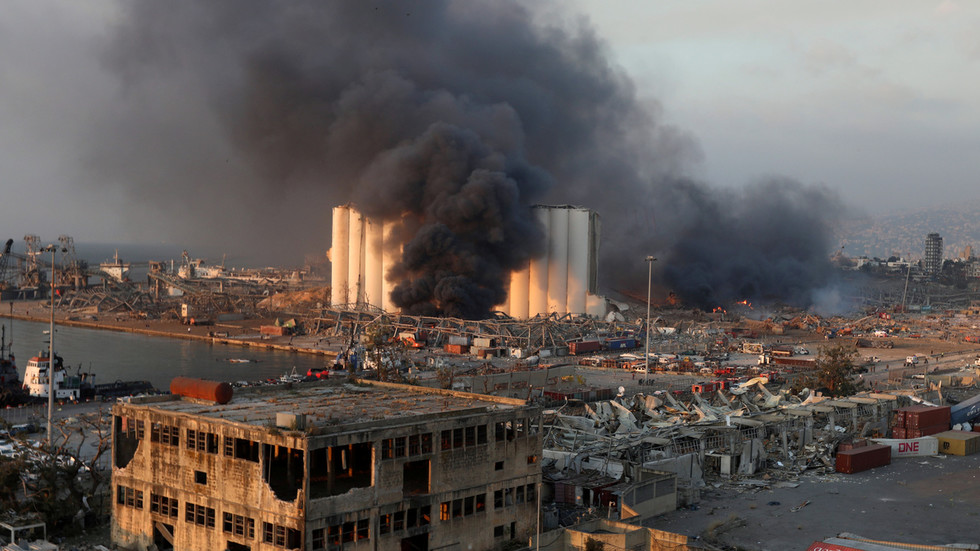 Lebanon’s state media has announced that Interpol has issued red notices for three individuals, including the captain and owner of the ship that carried chemicals which caused the devastating Beirut port explosion.

Arrest warrants have been issued for Igor Grechushkin, the alleged owner of MV ‘Rhosus’, Boris Prokoshew, the ship’s captain, and Jorge Moreira, who’s accused of purchasing the chemicals from a Georgian factory, according to media reports citing the office of the public prosecutor.

The tragic incident occurred on August 4, 2020 when 2,750 tons of highly explosive chemicals detonated after being stored in unsafe conditions at the port for six years. Lebanon’s Public Prosecutor Ghassan Khoury received a letter informing him about the red notices on Tuesday after having requested that Interpol take action against the named individuals back in October.

“I do not understand at all what could be the basis for my arrest,” Prokoshev told Reuters news agency when asked for his response to the red notice, declaring that he is “shocked” by it.

Red notices are requests that are circulated to law enforcement figures around the world to locate and arrest individuals pending extradition, surrender or other legal actions. As they are meant for legal figures, they are not made public on Interpol’s website.

Lebanon’s internal investigation has been temporarily suspended during the past month after two of the suspects filed a motion calling for the dismissal of head judge Fadi Sawan. Current members of parliament, Ali Hasan Khalil and Ghazi Zaeiter, were charged with criminal negligence over the blast, alongside former prime minister Hassan Diab and ex-public works minister Youssef Fenians. In response, senior politicians in the country have condemned Sawan and claimed he does not have the power to prosecute officials with political immunity.

Also on rt.com ‘My conscience is clear,’ says Lebanese PM as court indicts him on charges of negligence over Beirut port blast

The explosion at the port in Beirut five months ago was one of the largest non-nuclear blasts ever recorded, killing more than 200 people and injuring a further 7,500. Weeks after the blast, while scouring through the damage around the site, the Lebanese Army found a further 4.35 tons of unexploded ammonium nitrate that had also been held in storage, without proper safety measures or supervision, for 15 years.