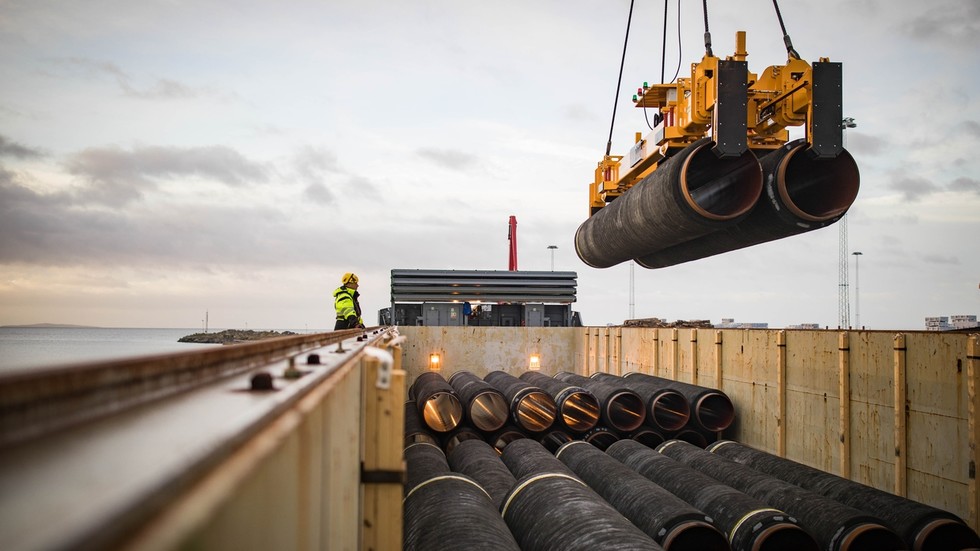 The outgoing administration of US President Donald Trump is reportedly preparing a final round of penalties against Nord Stream 2, a natural gas pipeline that will connect Russia and Germany.

Earlier this month, Washington reportedly warned European firms suspected of taking part in the construction the gas pipeline that they face the risk of sanctions.

“We are trying to inform companies of the risk and urge them to pull out [of the project] before it’s too late,” a US government source told Reuters on condition of anonymity.

As early as this week, the US State Department is expected to reveal the list of businesses that could become subject to punitive measures for working on the pipeline. The list will reportedly include enterprises providing insurance, helping to lay the undersea pipeline, and verifying the project’s construction equipment.

Also on rt.com Germany may set up special fund to fend off Russia’s Nord Stream 2 from sweeping US sanctions

In December, the US Congress approved a fresh package of sanctions against the project. The measures hit firms providing insurance and verifying works that are necessary for completing the pipeline. Companies that are engaged in the modernization and installation of welding equipment on vessels involved in the construction works are also subject to the penalties, which came into force on January 1.

In November, Norwegian certifier Det Norske Veritas-Germanischer Lloyd pulled out the project under the threat of US sanctions.

The pipeline is being constructed by Gazprom subsidiary Nord Stream 2 AG in close cooperation with several European energy majors. The gas route, which runs under the Baltic Sea, is set to double the existing pipeline’s capacity of 55 billion cubic meters annually via two 1.2km lines. The pipeline goes to Germany through the maritime territories of Russia, Finland, Sweden and Denmark.

Also on rt.com Norwegian company turns its back on Nord Stream 2 under threat of US sanctions

The project has been criticized by the White House, which has warned the European Union about over-reliance on Russian energy supplies, while accusing Moscow of monopolizing the European energy market.

In an attempt to increase sales of US liquefied natural gas to Europe, Washington introduced special guidelines for its Protecting Europe’s Energy Security Act (PEESA), which enable the State Department to impose sanctions on each and every enterprise cooperating with the energy project.