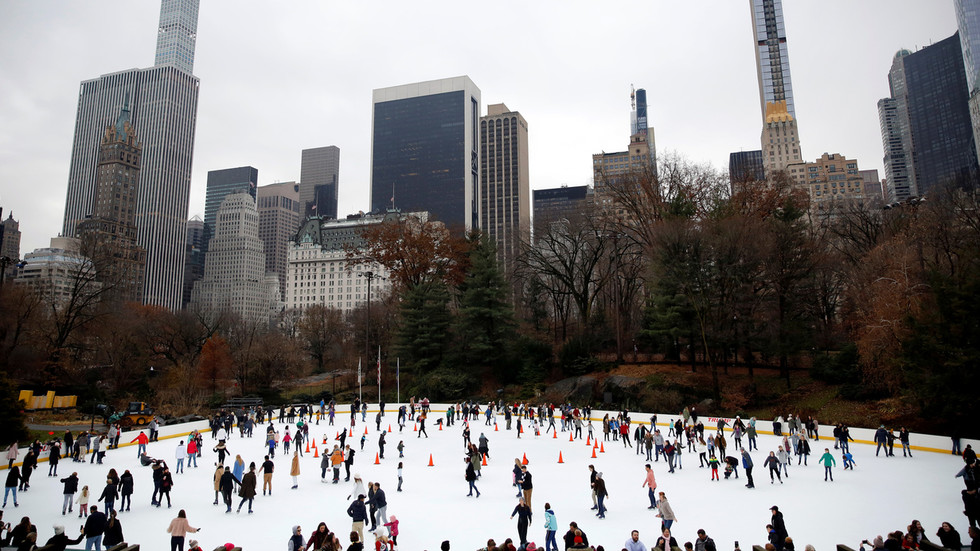 New York City Mayor Bill de Blasio has announced the city will cut ties with the Trump Organization, canceling its contracts to run the iconic ice rinks in Central Park (plus other attractions) over last week’s Capitol riot.

The Democrat politician announced on Wednesday that New York would end a deal with the Trump Organization that nets the president’s business $17 million a year in return for operating two popular Central Park skating rinks, a carousel, and a golf course.

De Blasio had revealed on Tuesday that “our legal team is right now assessing the options” for extricating the city’s entertainments – largely closed anyway due to the state’s heavy-handed Covid-19 restrictions – from the clutches of the president, pointing to his alleged encouragement of the violence at the Capitol last week.

“The president incited a rebellion against the United States government, a clearly unconstitutional act, and people died,” the mayor told reporters.

Also on rt.com Amazon says it will SUSPEND donations to lawmakers who objected to Biden’s victory certification, joining a growing list of firms

Both Central Park skating rinks dropped Trump’s name from their signage in late 2019, allegedly because it was affecting business. However, they remain under contract with the Trump Organization, which has leased them from the city ever since he famously rebuilt them on time and under budget in the 1980s. Ironically, it was his performance in restoring the rinks that cemented his reputation as a reliable businessman – an image he milked for everything it was worth in subsequent years.

In addition to the Wollman and Lasker rinks, the Trump Organization also operates a carousel in Central Park and a golf course in the Bronx, all of which would be removed from its control if de Blasio gets his way. However, Trump’s contract to operate the skating rinks ends in early 2021 anyway, meaning the “problem” will likely solve itself before the mayor can get the wheels of state moving.

While de Blasio’s move seems like more of an attempt at an easy PR win than any serious challenge to the president’s hefty real estate footprint in the city, several other Trump-branded structures have removed the president’s name since 2016. A cluster of residential buildings in the Upper West Side officially un-Trumped themselves in 2019, though they reportedly retain a contract with his organization, and a Trump-branded hotel in SoHo severed all ties with the president in 2017.

Trump’s alleged role in last week’s invasion of the Capitol has led to social media platforms dropping him like a hot potato. Other corporations have severed ties with the president and his administration, and even a golf championship set to be held at his Bedminster, New Jersey course voted on Sunday to find another venue.

Trump continues to deny he did anything inappropriate in addressing a large group of supporters on their way to the Capitol.