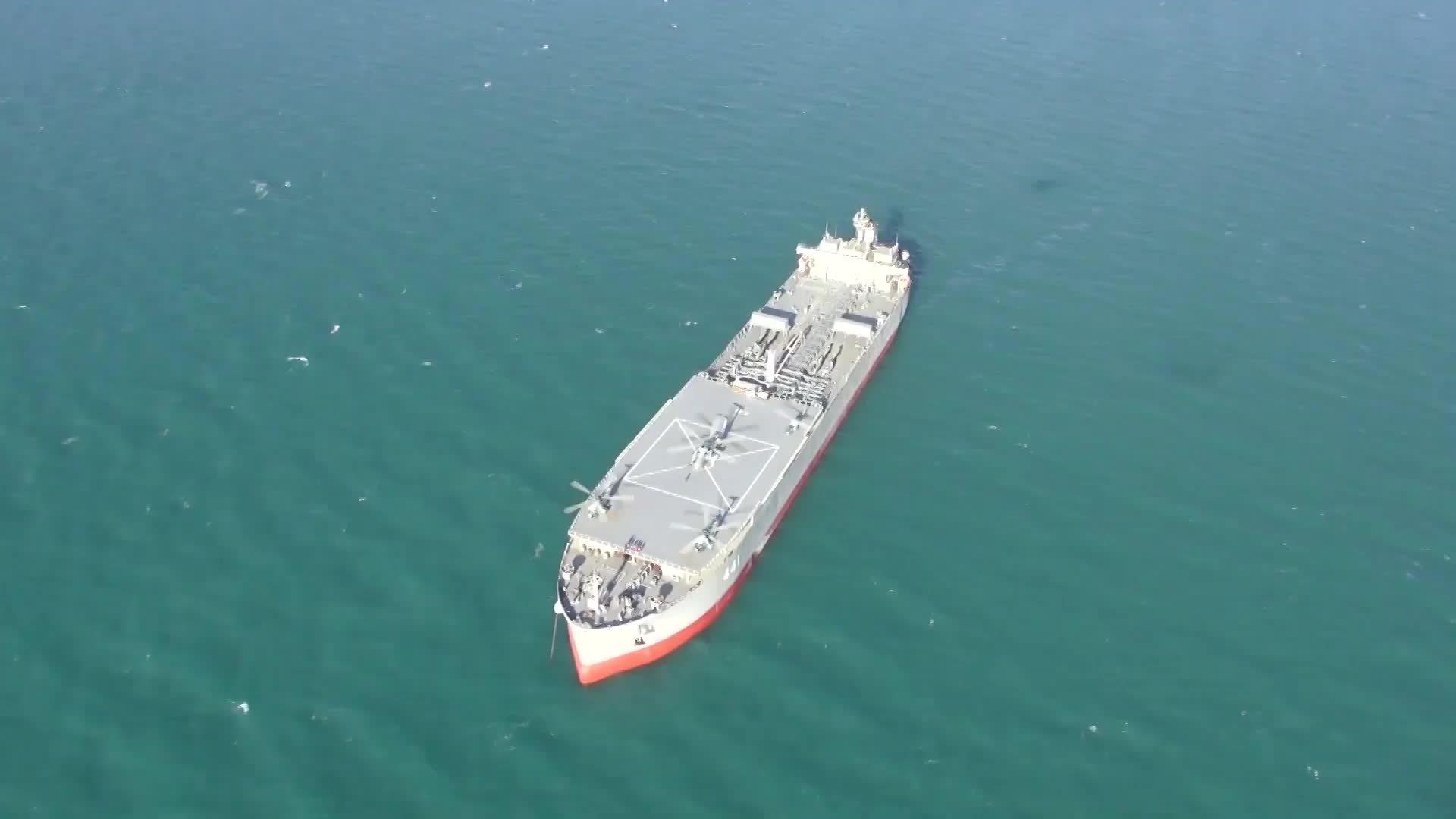 The Iranian Navy carried out a large army missile drill in the Gulf of Oman on Wednesday, showcasing its new Makran forward helicopter carrier ship.

Footage from the Iranian Army office showed army helicopters landing on the novel military craft equipped with boats and missiles.

The giant vessel joined the Navy on the first day of a two-day naval drill attended by Chief of Staff of the Iranian Armed Forces Major General Mohammad Hossein Bagheri and other senior commanders.