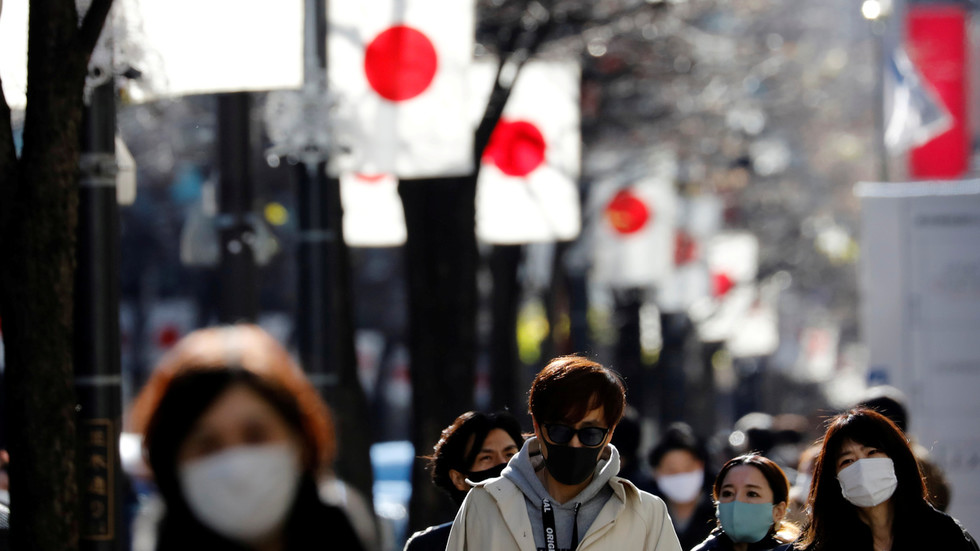 Japanese Prime Minister Yoshihide Suga has informed his Covid-19 task force that the government will add seven more districts to the current state of emergency, expanding support to them as they tackle a rise in cases.

The official announcement is expected to be made in a press conference at 7pm local time in Tokyo on Wednesday and follows last week’s expansion of support to the capital and three surrounding districts. The newly affected areas are Osaka, Kyoto, and Hyogo; the country’s business and manufacturing zone, Aichi, the location of Toyota and other industrial corporations; and Fukuoka, Kyushu and Tochigi.

In total, 11 areas will be covered, which together comprise 60 percent of Japan’s economy. The need to extend emergency support comes as Japan’s government faces criticism for not taking strict enough measures to contain the virus, having rejected a nationally mandated lockdown in a failed attempt to protect the economy. It also follows the identification of a new Covid-19 variant in Japan, with the country’s National Institute of Infectious Diseases concerned that, like those in the UK and South Africa, it could increase infectivity.

Also on rt.com Japan notifies WHO of new Covid-19 variant found in travelers arriving from Brazil

Despite Japan’s growing concern about the pandemic, vaccinations are not set to begin until the end of February, and distribution could be impacted by low vaccine confidence, with the Lancet reporting that less than 30 percent of people in Japan strongly agree that the inoculation is safe.

Japan is in the midst of a surge in new Covid-19 infections and fatalities, with 297,315 confirmed cases and 4,145 deaths since the pandemic began. However, while these figures are high for the country, Japan’s infection figures for the past year have been equivalent to some of America’s daily totals throughout January.