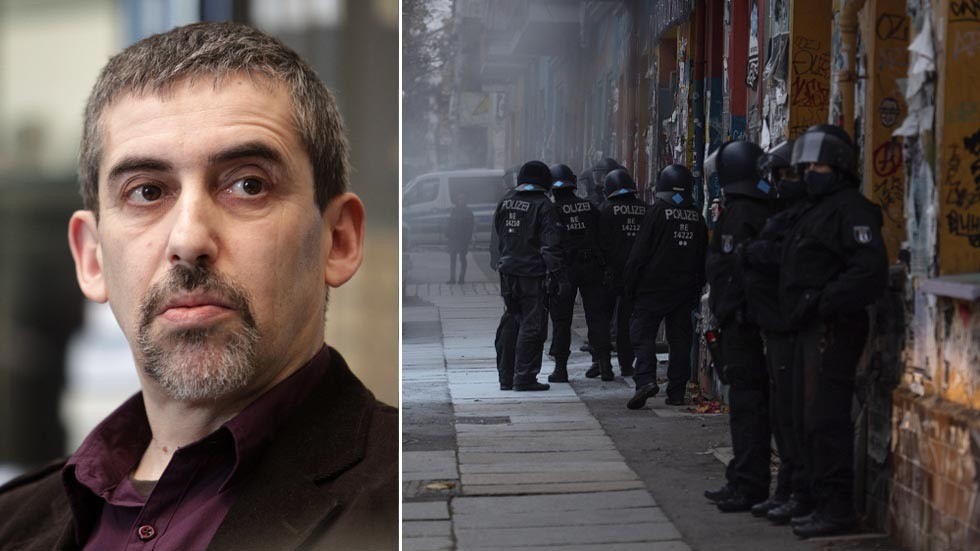 Seven people, who worked with Russian media outlets in Latvia have been charged with breaking international sanctions. Riga seeks to criminalize ties with Russia, one of them told RT.

Vladimir Linderman is a veteran opposition figure and journalist in Latvia. In the past he was accused of various crimes – which he considers attempts to pressure him into stopping political activism – from plotting an assassination of the Latvian president to forging paperwork when trying to register a political party. None of them ultimately stuck in court. Linderman too failed to get the supposed target of his plot, then-President Vaira Vike-Freiberga, to pay compensation in a slander case, which he filed after she allegedly called him an extremist and a threat to Latvian society.

The experience of being in the crosshairs of Latvian law meant that when police came to search his home last month, even his cat was not bothered much, Linderman joked when interviewed by RT.

“It’s the third search in his life. He got pretty agitated the previous times, but this one he took philosophically,” Linderman said, pointing at the stoic feline.

Despite the humor, the accusations are not a laughing matter for the freedom of press in the Baltic state, Linderman says. He and others were charged under Section 84 of the Latvian criminal code, which says breaking international sanctions that Latvia is bound to uphold can be punished by up to four years in prison.

All the targets worked with Russian news sites – Sputnik and Baltnews – operating under the umbrella of the media group Rossiya Segodnya, which is managed by Dmitry Kiselyov. The EU imposed personal sanctions against him, and Latvia treats them as a blanket ban on working with the organization he heads and all its subsidiaries.

Linderman sees the accusation as bogus. “[Rossiya Segodnya] is a state enterprise and not owned by Kiselyov, who is on the sanctions list. It’s a fundamental issue. I believe that in this case like in many others the Latvian authorities hope to push the limits of European law and impose a lateral interpretation.”

While Linderman has been a thorn in the side of the Latvian government for decades, some of the others charged under the same pretext seem to have been picked almost randomly, he said. The goal is not about personalities anyway.

“These searches and intimidation are meant to scare people away and deny Rossiya Segodnya outlets an opportunity to hire correspondents here. Thus, the influence of Russian media in Latvia is to be diminished,” he said.

All three Baltic states – Latvia, Lithuania and Estonia – have used EU sanctions to put pressure on Russian media outlets. Their governments claim it is necessary to protect national security. Moscow perceives it as an attempt to gag critical reporting and a blatant attack on media freedom, which is supposed to be sacred for any state that values democracy.