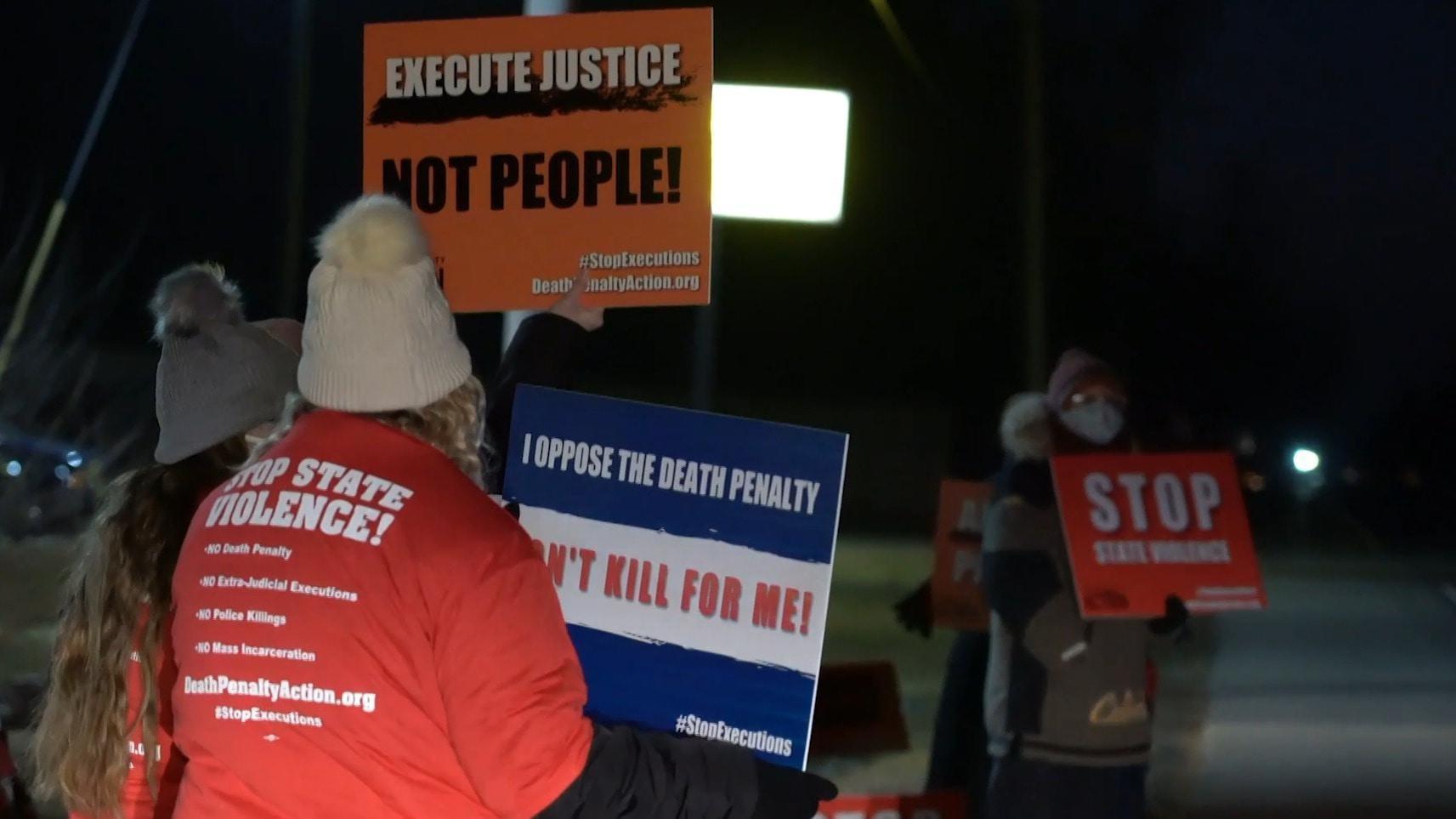 Dozens of protesters gathered outside the Terre Haute Penitentiary, Indiana to denounce the execution of Lisa Montgomery, on Tuesday. Montgomery was convicted of murder in 2007.

Groups of demonstrators holding “Execute Justice Not People” and “Execution is Not the Solution” signs gathered outside the prison as last-minute legal challenges were been mounted to prevent the execution.

After a Supreme Court ruling cleared the execution, Lisa Montgomery, 52, was declared dead late on Tuesday night by lethal injection. She became the first woman to be executed by the federal government since 1953.

“It is just a sad sad state of affairs that our government has decided that yet again we need to keep killing people. Should be the 11th person killed right here across the street in the death house of Terre Haute Indiana, the 11th person since the middle of July, so many more than all of the rest of the states put together. So, this killing spree has got to stop,” said Sister Barbara Battista, protesting outside the centre.

Montgomery was sentenced for kidnapping and strangling a pregnant woman to death in Missouri in 2007.