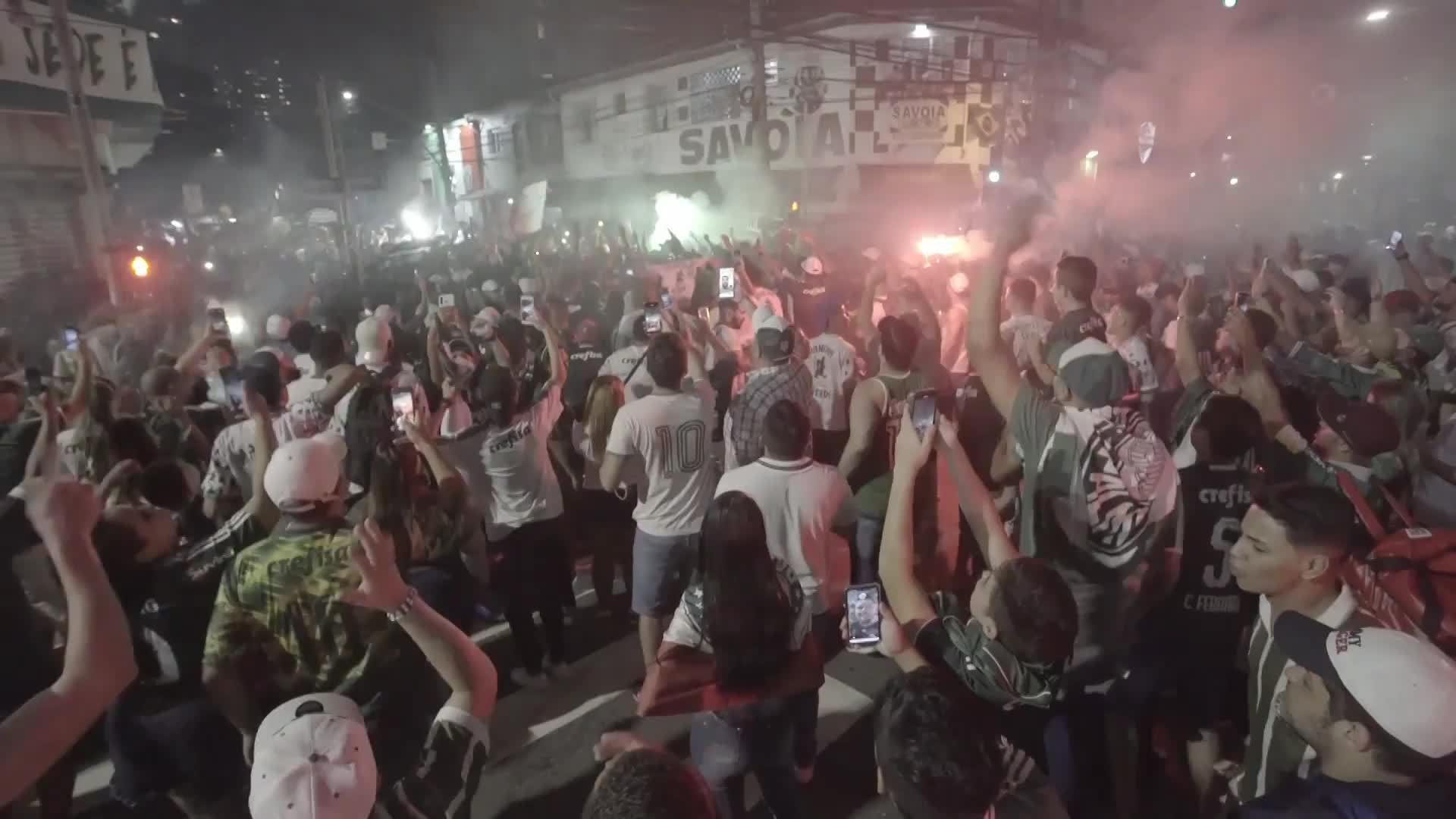 Crowds of Palmeiras fans lavishly celebrated the club qualification for the Copa Libertadores final in Sao Paulo, on Tuesday night.

Palmeiras will play its first Copa Libertadores final in 20 years after their 3-2 aggregate victory over Argentina’s River Plate on Tuesday.

Originally delayed by the pandemic, the final is now set to take place at the Maracana stadium in Rio de Janeiro on January 30.