USA: Trump touches down in Texas to visit border wall 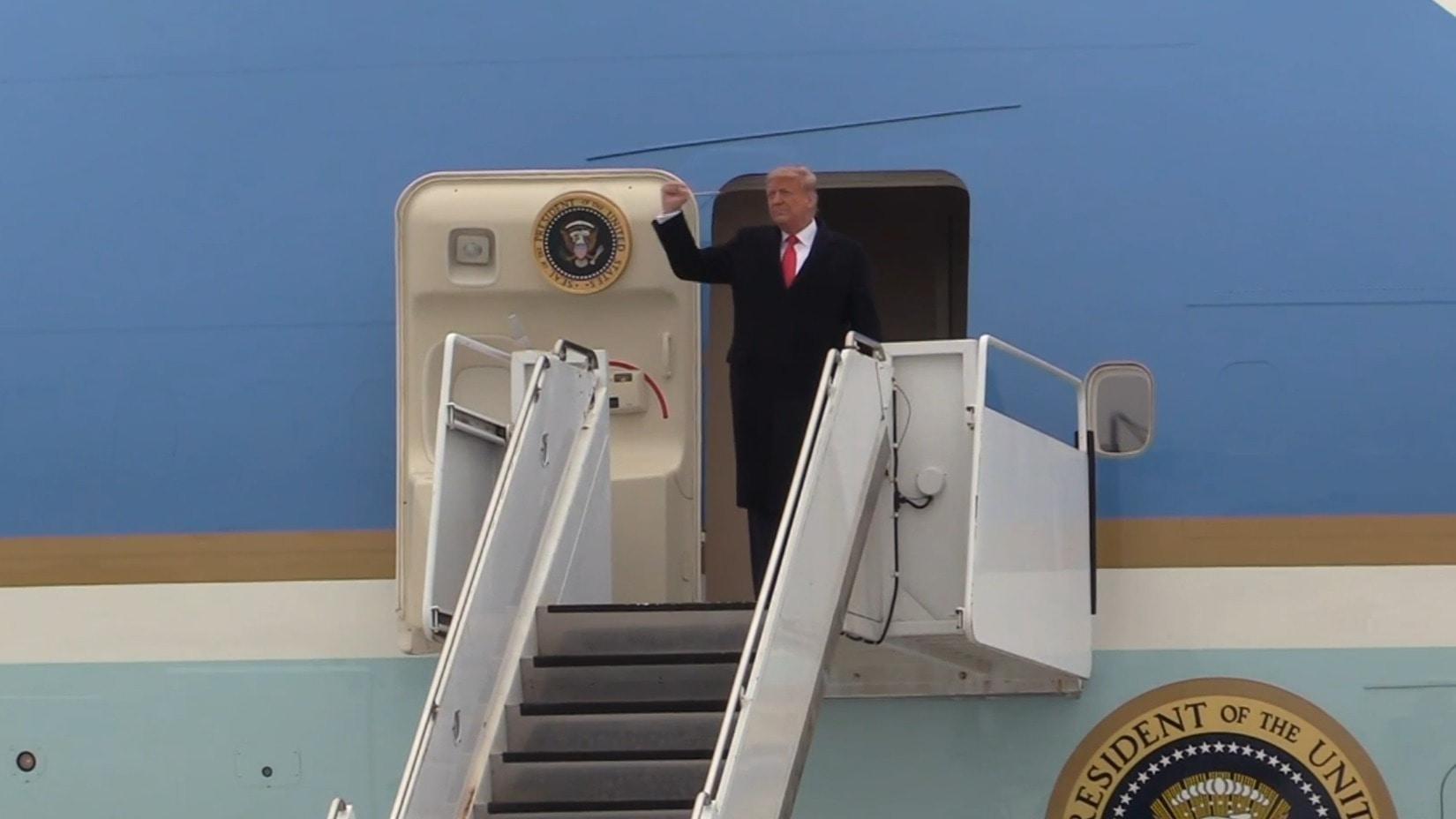 US President Donald Trump touched down in Harlingen, Texas, on Tuesday to visit the wall on the nation’s border with Mexico, as the House is set to vote on a 25th Amendment resolution against him, in the wake of the attack against the Capitol.

Trump was seen getting out of the Air Force One and greeting a few supporters, before taking a helicopter to fly to the border wall.

The US president reportedly toured the area as he spoke with members of US Customs and Border Patrol. He also signed a ‘Donald Trump’ plaque mounted at the bottom of the wall.