Germany: ‘There is nothing to brag about’ – Kozak on negotiations with Normandy Four advisers in Berlin 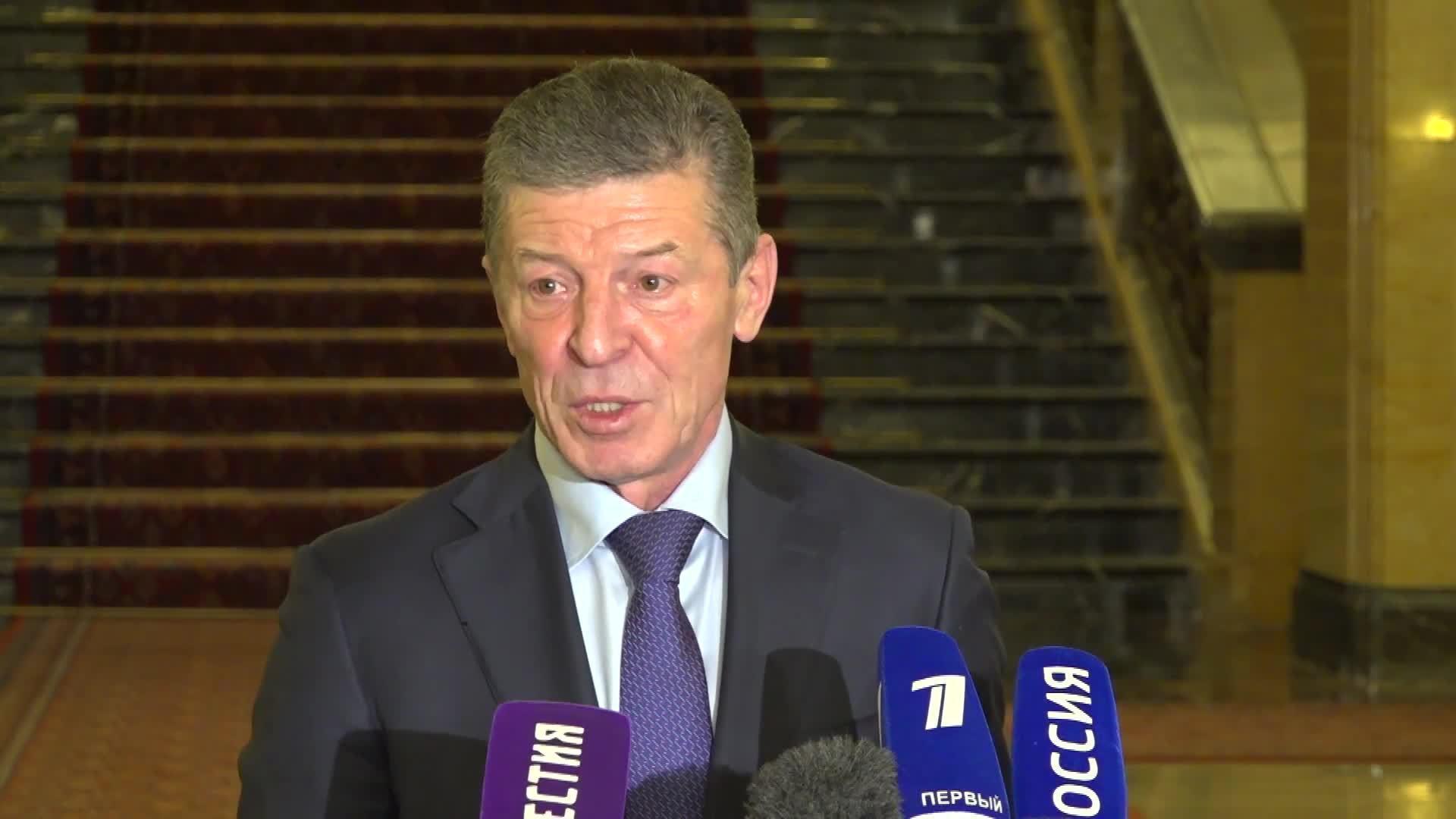 The Deputy Head of the Russian Presidential Administration Dmitri Kozak stated that there was ‘nothing to brag about,’ as he commented on the negotiations with the political advisers of the Normandy Four in Berlin on Tuesday.

“Regrettably, there is nothing to brag about. The only thing that distinguished today’s meeting was a frank exchange of views regarding all issues of the political component of the Paris summit and Minsk agreements. There are no final decisions yet,” he stressed.

According to the diplomat, the political advisers of the Normandy Four are going to meet within two weeks so that they will be able to discuss “all these issues” one more time.

Commenting on the question, whether Kiev is going to start military actions, he answered that resumption of hostilities in eastern Ukraine “would be a suicide”.

“It doesn’t really feel that way, It would be suicide to start fighting [again]. The ceasefire has been observed since summer one way or another,” he stated.

Kozak also commented on the current situation in the US, adding that it is difficult to predict if the new US administration will impact Ukrainian settlement, but “something supposedly should change.”

“It is difficult to predict (if the new US administration will impact Ukrainian settlement), various processes are going on. Today you might probably hear that a whole group of Ukrainian citizens was accused of interfering in the American elections. Though they did not interfere on the side of the winning candidate, I do not know how the situation will end up,” said Kozak.

“President-elect Biden himself was actively overseeing Ukraine, so perhaps something supposedly should change,” he stressed.