Fresh from censoring select voices before and after US election, Twitter howls ‘HUMAN RIGHTS’ as Uganda shuts down social media 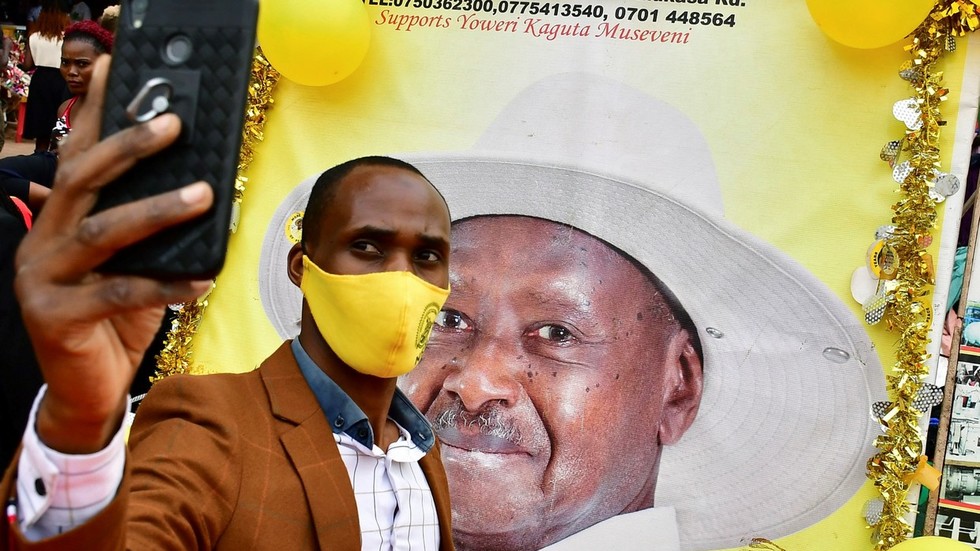 After banning the US president and other voices challenging Joe Biden’s election victory, Twitter is aghast that Uganda has shut down the social media conversation two days before voters there go to the polls.

“We’re hearing reports that internet service providers are being ordered to block social media and messaging apps,” Twitter said on Tuesday. “We strongly condemn internet shutdowns. They are hugely harmful (and) violate basic human rights and the principles of the open internet.”

Ahead of the Ugandan election, we’re hearing reports that Internet service providers are being ordered to block social media and messaging apps. We strongly condemn internet shutdowns – they are hugely harmful, violate basic human rights and the principles of the #OpenInternet.

With tens of thousands of conservative voices, including President Donald Trump, being banned by Twitter and other Big Tech platforms in recent days, the irony of the company’s statement was not lost on critics. “Shutting down voices online is a violation of human rights in Uganda but necessary to protect democracy in America,” Blaze TV host Lauren Chen tweeted.

Shutting down voices online is a violation of human rights in Uganda…But necessary to protect democracy in America.Got it @jack, makes perfect sense. https://t.co/Iv0R4s1BLU

Media critic Mark Dice said, “Maybe they don’t want Twitter interfering in their election like you’ve done in the US.”

“This is unfortunate, but it’s unavoidable,” Museveni said Tuesday in a nationwide address. “There’s no way anybody can come and play around with our country . . . . We cannot tolerate this arrogance of anybody coming to decide for us who is good and who is bad.”

Twitter acknowledged that it suspended an undisclosed number of Ugandan accounts targeting the country’s January 14 election earlier this week, “in close coordination with our peers.”  Facebook shut down allegedly duplicate accounts linked to Uganda’s ministry of information after saying they were used to comment on content, impersonate users and make posts appear more popular.

The 76-year-old Museveni, who has ruled Uganda since 1986, said that if a social media platform is going to operate in Uganda, “it should be used equitably by everybody who wants to use it” – a sentiment that millions of Americans would like to see applied in the US. “If you want to take sides against the NRM, then that group will not operate in Uganda,” he added. “Uganda is ours. It’s not anybody’s.”

Twitter blasted the timing of the shutdown, saying, “Access to information and freedom of expression, including the public conversation on Twitter, is never more important than during democratic processes, particularly elections.”

Observers suggested the company may be lacking in self-awareness. Author Anuraag Saxena quipped: “What kind of monsters would block the right to free speech? Oh wait.” Social media editor Jessica O’Donnell said, “Are there no mirrors at Twitter?”

A spokesman for Museveni told the AP that Facebook was interfering in Uganda’s electoral process, and the unilateral shutdown of accounts was evidence of “outside support.”

The US State Department has called on Uganda to ensure a “free, fair, credible and peaceful” election and has accused Museveni’s administration of using excessive force against opposition protesters. “Security officials responsible for the excessive force must be held to account, and candidates must be afforded freedom of movement and access to media,” US Secretary of State Mike Pompeo said in a statement last month. He added that “we are paying close attention to the actions of individuals who interfere in the democratic process and will not hesitate to consider serious consequences for those responsible for election-related violence and oppression.”

Facebook and Twitter appear to be acting on orders of State Department to interfere in Uganda’s election. Which belies assertions that these are private companies rather than arms of the state. pic.twitter.com/0ljrawzBiv

Dozens of protesters have reportedly been killed during crackdowns on rallies for opposition candidate Bobi Wine.

Museveni apologized for the inconvenience caused by Uganda’s social media shutdown, but said that after Facebook failed to give a proper explanation of its account suspensions, the government was forced to take action.