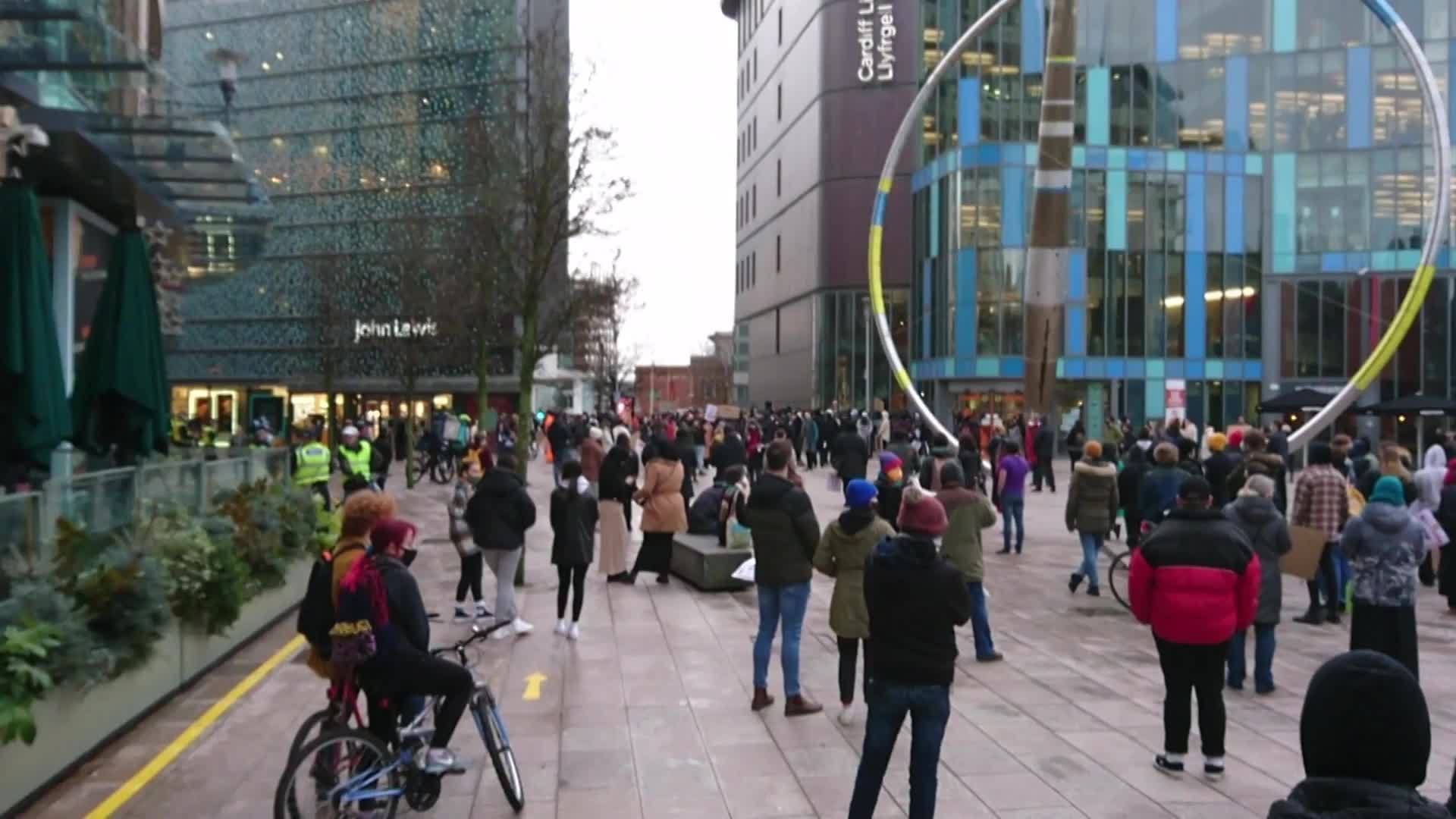 Hundreds of protesters took to the streets of Cardiff on Tuesday to protest the death of Mohamud Mohammed Hassan, following claims that he lost his life hours after being released by police.

Demonstrators were seen rallying outside the Cardiff Central Library, before marching to Cardiff Bay police station.

The family of Mohamud Mohammed Hassan says the 24 year-old-man was assaulted in custody. He was arrested on Friday over suspicion of breach of the peace, and was released without charge on Saturday morning.

While South Wales Police said they found no evidence of excessive force, the Independent Office for Police Conduct (IOPC) said they are awaiting full post-mortem results.

First Minister of Wales Mark Drakeford said the reports on Hassan’s death were ‘deeply concerning,’ according to media.