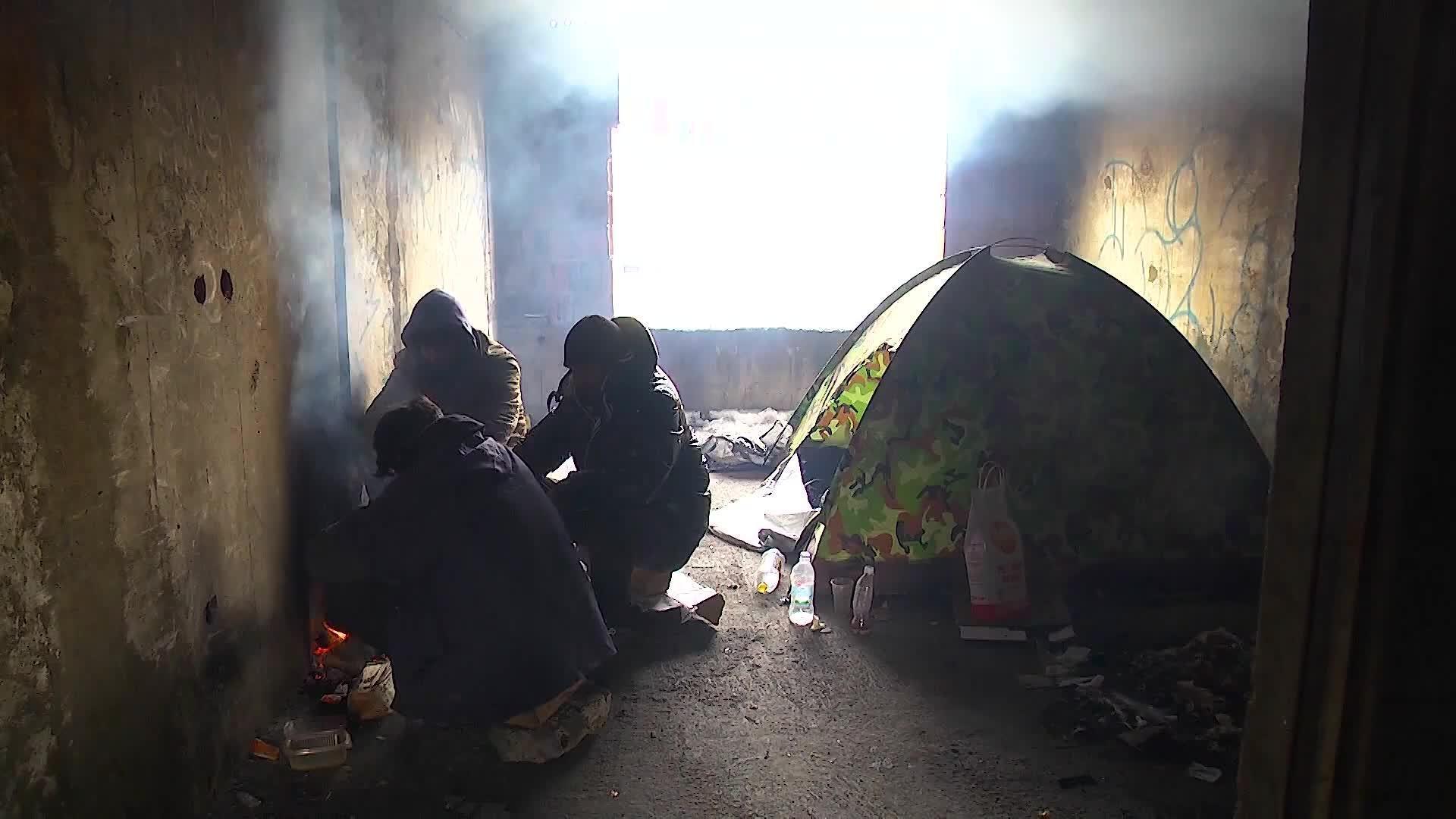 Between 30 and 50 stranded migrants have moved into an abandoned and unfurnished old people’s home, without windows, in Bihac, as seen on Tuesday.

Many of the refugees have become desperate and are living in deplorable conditions, following a fire on December 23. Migrants appeared to be building fires inside and washing in the nearby river.

Prior to the fire, police patrolled the area, but they are currently occupied with resolving the situation at Lipa camp, so many refugees have been left to their own devices.

One migrant said there is a lack of food and no access to showers.

“We have (a) food problem. Here (it) is very cold, we live in a tent only, and the weather is cold, and it’s snowing. We even can’t take (a) shower, clean, that is our problem too,” he said.

Another refugee called on the European Union to help the refugees. “I come this way from Afghanistan because Afghanistan is not (in) a good situation there. There is war. There’s Taliban. [It’s] not good; no work there, nothing good. That’s why I came here. There is too much cold, and I don’t have clothes. All the boys don’t have clothes and Lipa also closed, and I want European Union justice because there is too much cold,” he added.

Around 1,000 migrants are reportedly stranded after a fire partially destroyed the site.

On the first week of January, migrants from the burned-down camp held a protest to call for the EU to take action on their living situation.