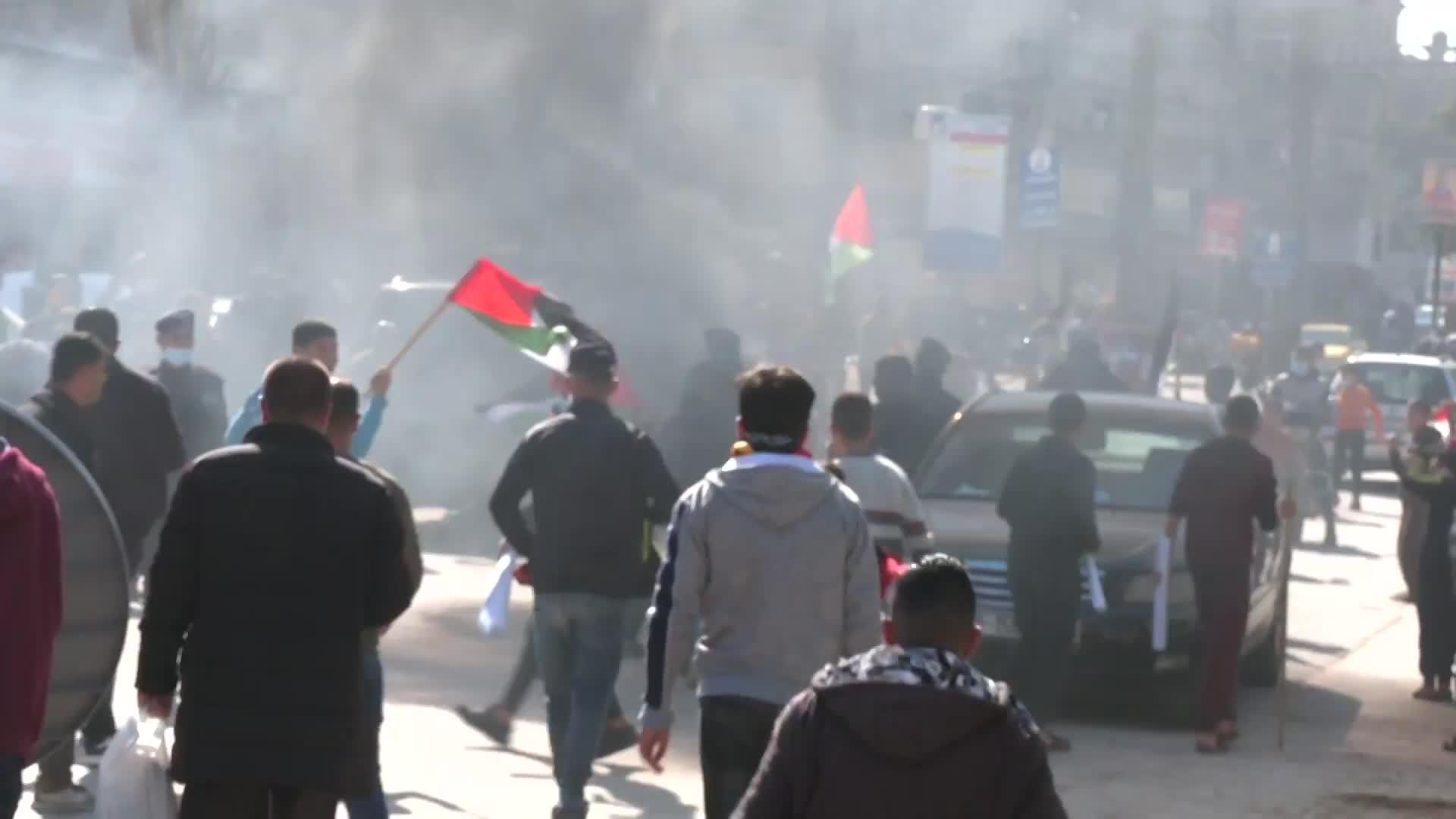 Hundreds of people from the Gaza Strip’s Jabalia refugee camp held a protest on Tuesday, denouncing aid and food cuts provided by the United Nations Relief and Works Agency (UNRWA).

Some of the young protesters also appeared waving the flag of Palestine and shouting ‘Allahu Akbar,’ as fires burned in the street.

After holding a long marching session which started at Martyr Anwar Aziz Square, protesters stopped in front of the supply centre of the UNRWA in Jabalia.

Secretary of the Revolutionary Council of the Fatah movement, Fayez Abu Ata said, “the Palestinians went out today to confirm the right to receive support from the UNRWA and reject the cuts that result from a response to US pressure and the financial blockade imposed by the Trump administration on the UNRWA and the Palestinian people.”

Jabalia camp is the largest UN refugee camps in the region, which currently hosts more than 113,990 registered refugees, according to official figures.