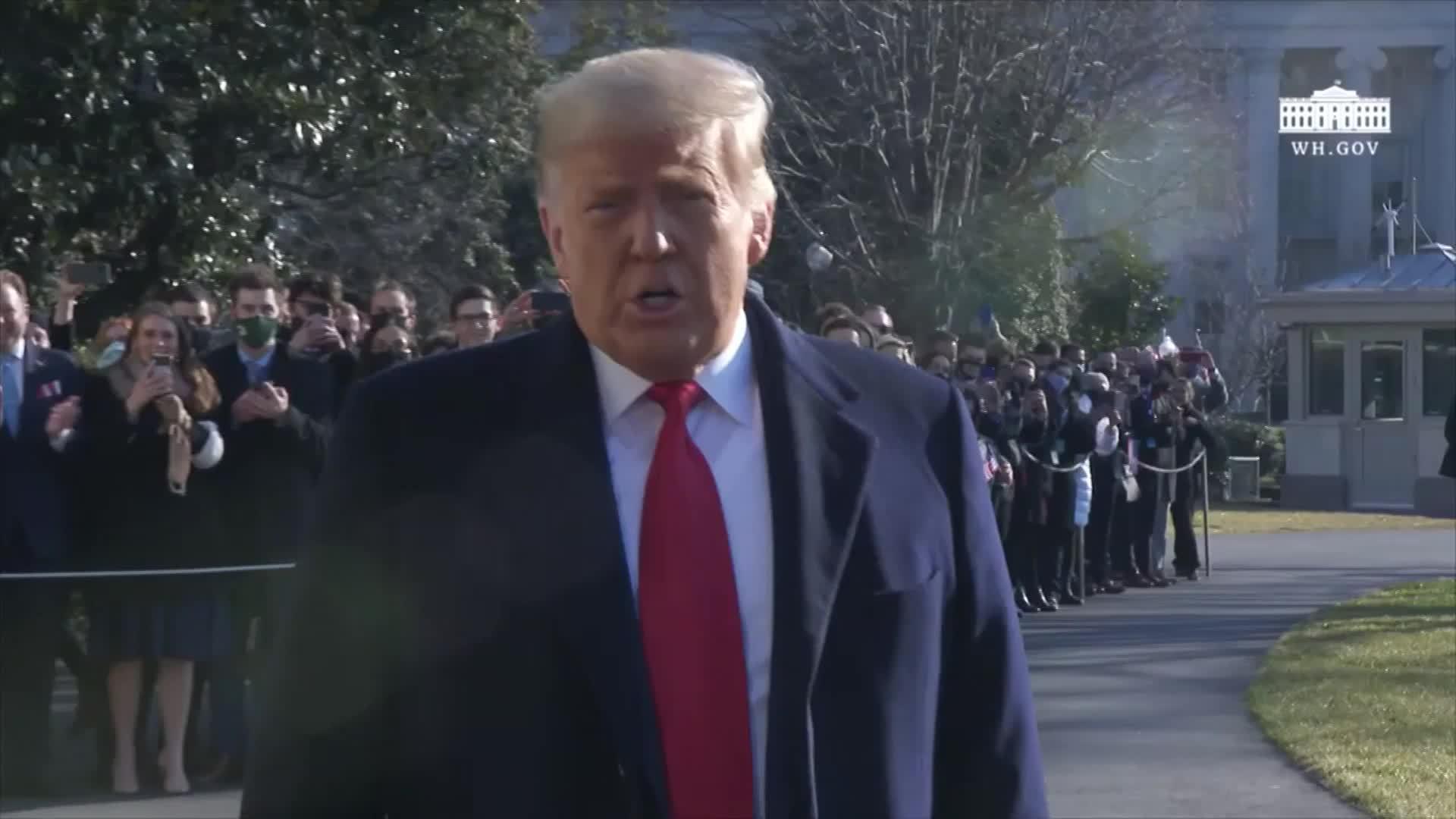 US President Donald Trump made stated that the border between the United States and Mexico has been finished, outside of the White House, prior to him travelling to Texas, on Tuesday.

“As you know, we have completed the wall, they may want to expand it, we have the expansion underway. It’s been tremendously successful, far beyond what anyone thought,” Trump said.

The president also insisted that the wall was doing its job in “stopping in large number the drugs coming into the country for many, many years and decades. We’re stopping a lot of illegal immigration; our numbers have been very good. There does seem to be a surge now because people are coming up, some caravans are starting to form, because they think there is going to be a lot in it for them, if they’re able to get through, but we are able to stop it.”

Local sources say that once impassable mountainous areas of the border are now easier to access, due to contractors blasting canyons, to pave the way for construction. Joe Biden has also pledged to stop construction of the wall, which remains unfinished.

The US Customs and Border Protection say that 516km (321 miles) of new wall has been constructed during Trump’s presidency. The border is 3,145km (1,954 miles) long.

“It’s really a continuation of the greatest witch hunt in the history of politics. It’s ridiculous, it’s absolutely ridiculous, this impeachment is really causing tremendous anger,” he added, before insisting he wants “no violence.”

House Speaker Nancy Pelosi and top Senate Democrat Chuck Schumer are among the lawmakers accusing Trump of inciting supporters to storm the Capitol building on January 6. The US House of Representatives is expected to vote to impeach President Donald Trump on Wednesday, one week following the incident, if Vice President Mike Pence does not agree to invoke the 25th Amendment.