‘Conor’s boxing is going to be too much’: UFC champ Volkanovski tips ‘sharp’ McGregor to repeat Poirier victory in rematch (VIDEO) 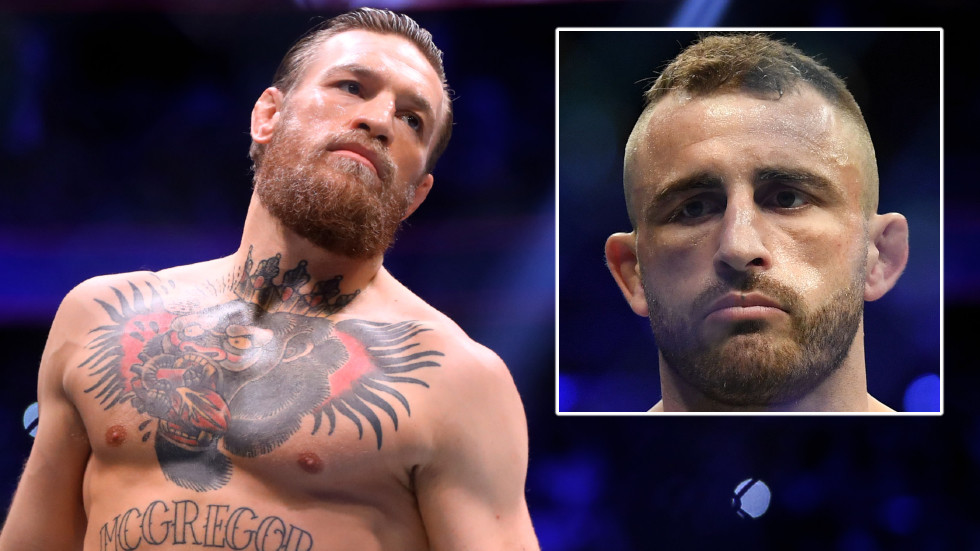 Alexander Volkanovski, the champion of the UFC featherweight division once lorded over by Conor McGregor, has backed the Irishman to repeat his knockout win against Dustin Poirier when the two renew rivalries on ‘Fight Island’.

McGregor will look to repeat the first-round TKO win he scored against Poirier more than six years ago when he climbs into the UFC cage for just the third time in more than four years at UFC 257 on January 23 and Volkanovski, the current holder of the UFC’s featherweight strap, says that he expects the notorious Dubliner to do just that.

“Who’s made more significant improvements? Poirier. Dustin has made more improvements but do I think he’s going to beat Conor McGregor? I don’t think so,” Volkanovski exclusively told RT Sport.

“I think Conor will still get him. I know Conor hasn’t been active. He hasn’t been competing.

Also on rt.com UFC 257: Conor McGregor predicts when he will KO Dustin Poirier, says American is ‘levels below him’

“I know a lot of people are going to say ‘ring rust’ and all that but one thing that I’ve explained to people is that I don’t think ring rust is a thing – especially for someone as confident as Conor.

McGregor – easily the most talked-about star in mixed martial arts – is something of a firebrand in the mixed martial arts community. His combat career has been characterized by exemplary performances in the cage and headline-stealing actions outside of it, but Volkanovski remains of the opinion that there are few more potent threats in the sport than a dialled-in McGregor.

“I think when Conor fights, when he’s in camp, I believe he’s training and he’s training hard doing whatever it is he needs to do to get the job done,” Volkanovski explained. “I believe that there won’t be no ring rust and I still think that Conor can put his hands on him and finish Dustin – but again, I don’t mean that as any disrespect to Dustin.

“Dustin has improved but obviously you’ve got that going on in the back of your head that last time Conor knocked you out. I feel like that can play a factor. Not just that, I think Conor’s boxing is going to be a bit too much for Dustin and I don’t think Dustin can really put pressure or, or really try and grind him down to slow Conor down.”

Conventional wisdom has long suggested that the best avenue to take to defeat McGregor involves the same type stifling, grappling-heavy approach employed by Khabib Nurmagomedov when he routed McGregor more than two years ago – but this is an approach that Volkanovski suggests is easier said than done.

“I think Conor’s takedown defence will be too good for Dustin to be able to break him that way, if that makes sense, and I think if you’re pushing forward trying to put pressure on Conor you’ve got to be careful as well because Conor’s got some good hands,” he warned.

Furthermore, and regardless of whether he admits it or not, Volkanovski suggests that Poirier’s mindset will be affected by what happened in the cage when the two fighters first traded blows in Las Vegas at UFC 178.

On that occasion, McGregor punctuated the prolonged back-and-forths between the two fighters by making good on his pre-fight prophecy of “bouncing” Poirier’s head off the canvas – something Volkanovski says might well impact their rematch six years on.

“I think the mental part is going to play a factor,” he said. “You’ve got the KO that is always going to be in the back of your head. When you watch someone and they’re knocking out other people, other opponents, you’re telling yourself ‘that ain’t me’.

“But when you’ve previously fought and he’s caught you like that, obviously you can tell yourself it was a lucky punch, but I think Dustin’s smarter than that.

“I think Dustin respects Conor and his hands, so I feel like that will play a factor but I think Conor might be a little bit too sharp and too tidy with his hands and his striking for Dustin to be able to do something.”

But if McGregor starts slow, or doesn’t take ownership of the fight early, Volkanovski says that he might just crack the door open for Poirier.

“If Dustin lasts the earlier rounds, the first two rounds, I believe the fight completely changes,” he predicted. “Whether or not that happens, I don’t know.”