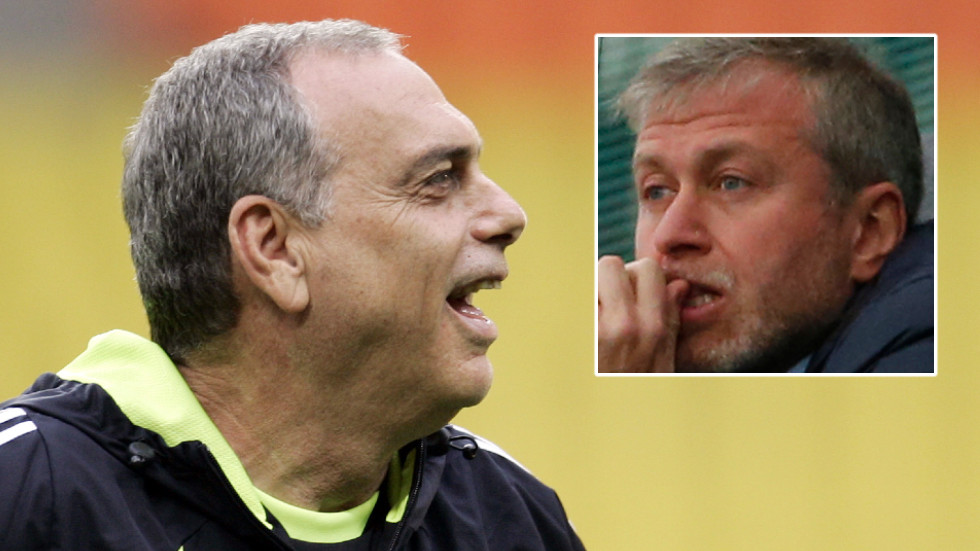 Chelsea fans have speculated that beleaguered boss Frank Lampard has moved a step closer to being sacked after a report linked the club to Avram Grant – the man who was brought in shortly before Jose Mourinho was first dismissed.

Former Israel manager Grant, who was paid a severance of more than $7 million when he was sacked by owner Roman Abramovich in 2008, could make a surprise return to the underperforming Premier League club as part of Lampard’s backroom staff, according to Sky Sports.

While the move could be seen as an attempt to add significant experience to the relatively rookie managerial team made up by Lampard and his coaches, Chelsea fans have been quick to point out the ominous signs provided by Grant’s previous appointment to a supporting role, when he was made Director of Football just months before replacing Mourinho in 2007.

The understated Grant was widely perceived as dour during his time in charge and failed to win a trophy, although he remained unbeaten at Stamford Bridge and guided the club to the 2008 Champions League final in Moscow.

Grant was removed shortly after their defeat to Manchester United in the showpiece, and Mourinho duly branded his successor a “loser” in a typically unsentimental assessment of his narrow failure to add to the trophy cabinet that the Portuguese had repeatedly swelled.

Now 65, Grant subsequently managed Portsmouth and West Ham and has since coached in Serbia, Thailand, Africa and India, reportedly remaining a friend of Abramovich’s while occasionally publicly offering his thoughts on the Blues.

He recently took to Instagram to tell Lampard to remain “patient” after a dismal run of one win in six matches that has seen his expensively-assembled squad drop to ninth in the table, although it is increasingly uncertain that Abramovich and the Chelsea board will follow that advice.

Avram Grant in 2020?l lol. So much for the ambition. So, Frank is getting the sack then and Grant is taking over.

Supporters seemed skeptical about the return of Grant, with many baffled by the idea while concluding that the development was another sign of embattled coach Lampard’s numbered days in charge.

“Bringing back Avram Grant?” asked one. “I hope Abramovich is kidding.”

Others continued to mock Lampard over the less than commensurate returns provided so far by his luxurious outlay of more than $200 million during pre-season.

Lampard may as well pack his bags. This is how this plays out when Roman wants you out. Avram was bought it above jm in his first stint

“Lampard may as well pack his bags,” said one. “This is how this plays out when Roman wants you out. Avram was brought in above Jose Mourinho in his first stint.”

Abramovich is thought to have first sounded out Grant about becoming a manager of a club he owned in 2005, when he was impressed after watching Grant’s Israel side draw 1-1 with Ireland as the Israeli FA’s guest of honor.

Chelsea ended a three-match winless run by beating fourth-tier side Morecambe in the FA Cup on Sunday. They travel to relegation-battling Fulham in the Premier League on Saturday.