As a historic and fragile transition of power plays out in Washington with Joe Biden due to be inaugurated as President next week, Russians will be watching to see the incoming US government’s first steps, from near and from afar.

On Tuesday, it was reported that Moscow’s man in the US, Ambassador Anatoly Antonov, has received an invitation to the slimmed-down ceremony. A smaller number of delegates and spectators are expected to attend than usual, given both the coronavirus pandemic and fresh security fears. The current incumbent at the Oval Office, President Donald Trump, has said he won’t attend, after weeks of insisting that his election defeat was the result of fraud and vote manipulation.

Despite Republican attempts to overturn the outcome of the poll, Biden will officially take office in the shadow of the Capitol building on 20 January. Only last week, the symbolic home of American democracy was stormed by Trump’s supporters in scenes that shocked observers around the world, and left five people dead. The country’s security agency, the FBI, has since warned of the prospect of armed protests in the capital and in other cities, set to coincide with the swearing-in in Washington, DC.

The events drew condemnation in Russia, its Foreign Ministry spokeswoman Maria Zakharova telling reporters that it revealed worrying fault lines in American society. “The electoral system in the US is archaic and does not meet modern democratic standards,” she said, “and American media has become an instrument of political struggle.”

While Moscow has insisted it will relish the prospect of bilateral talks with a new White House team, the country’s experts are split on whether having Biden at the helm will help improve ties. Vladimir Batyuk, head of the department of US studies at the Russian Academy of Sciences, told RIA Novosti that the veteran Democratic politician would be likely to extend sanctions against Russia.

“It is difficult to imagine that a man who, along with the entire Democratic Party, criticized the Trump administration for ‘being soft’ on Russia, would just do nothing. So some sanctions will definitely follow,” the academic said on Tuesday.

Also on rt.com Lavrov says Russia will work with next US president, if there is ‘mutual respect,’ but Moscow isn’t holding out much hope

At the same time,  Zamir Kabulov, the Kremlin’s Special Representative to Afghanistan, was more positive about the prospects of ties with Biden’s team. He told local media on Tuesday that, while he enjoyed good ties with Trump-era counterparts, he was “ready to work with any other American negotiators” to reach an agreement on the future of the troubled Middle Eastern country. 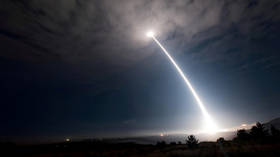 While a number of political challenges exist between Moscow and Washington, including the status of Eastern Ukraine and the construction of the Nord Stream 2 trans-European gas pipeline, there is a pressing need for bilateral talks. The New START arms control treaty, one of the last remaining brakes on the size of the two country’s nuclear arsenals, is set to expire in February.

While Trump’s team rejected a number of Russian concessions as part of a bid for its renewal, no deal has yet been reached. American commenters have reported that Biden’s nominee for Secretary of State, Tony Blinken, says the president-elect supports a five-year extension, but , as the clock ticks on its looming expiry, there is still debate among his inner circle on the details.