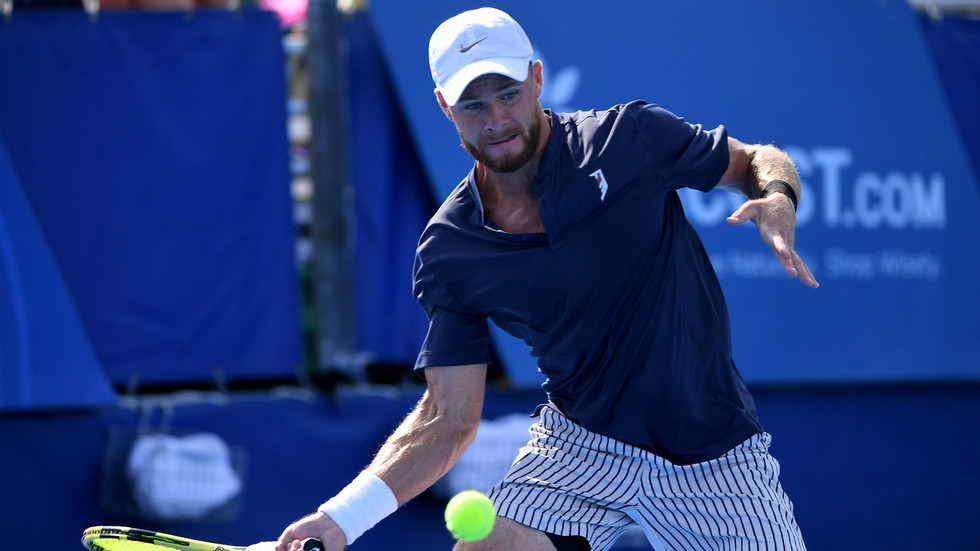 US ace Christian Harrison has received little sympathy from tennis fans after he was fined $3,000 by the Association of Tennis Professionals (ATP) for refusing to don a protective mask following his win at a tournament in Florida.

The world number 789 sensationally beat top seed Cristian Garin of Chile 7-6 (3), 6-2 in the second round to record his first victory against a top-50 player.

After his remarkable win, Harrison was expected to take part in a post-match on-court interview – but he refused because he was obliged to wear a mask.

The athlete, who has been fined for violating the tournament’s safety protocol, was angered by the verdict, taking to Instagram to express his frustration.

Per ATP, Christian Harrison was fined $3,000 for not doing his on-court interview after his second round win in Delray Beach (refusing because it required his wearing a mask).Harrison wore the mask and did the interview today after his quarterfinal win so as not to lose more $.

375,000 people dead and this guy can only think about himself. Classic toxic masculinity and white privilege combo. Unfortunately that’s most of men’s US tennis. Someone needs to slap some sense into these guys. @andyroddick ?

why would he refuse to wear a mask?

He claimed wearing a mask in the hot sun was not healthy, adding that the obligatory requirements were introduced for TV rather than the sake of athletes.

“After my second round match, I chose not to do my post-match interview due to wearing a mask,” explained Harrison afterwards.

“It’s not healthy to wear a mask in the hot sun for more time than absolutely necessary after a tough match.

seriously, he should be suspended for 6 months. Kick his sorry inconsiderate ass out of tennis.

I wear one for a 13 hour shift each day and he can’t stand still for 5 minutes in one. Is this really the next generation? Cos then we’re f*@ked

“When I spoke to the supervisor the following morning, I was told, since I wasn’t notified that it was mandatory, I could appeal the fine and it would be taken away.

“Unless something changes now, I still believe that to be true. I was required to do a sit-down interview after the match with the same person, which I agreed to and I did not have to wear a mask for it.”

These people seem to not understand that wearing a mask on tv sends a bad signal to others out there. But these are not role models anyways and no sponsor should foot their bills then https://t.co/xoH0PmncSF

Harrison has been critical of the safety requirements and has also ridiculed the restrictions online. “Healthy enough to play three-hour matches,” he observed.

“But I’m an absolute safety hazard walking maskless through a restaurant.”

Harrison earned scathing comments from the majority of tennis fans responding on social media, many of whom seemed outraged by his actions and questioned his intellect.

Is there a white American player who don’t act like a Trumpist?

Wealthy white privileged guys who are either dumb or so sheltered by wealth & a narrow lifestyle. Being GOP requires a lot less deliberation & tolerance than alternatives. It’s easy to feel smart & defiant when they don’t know about the lives of others and weren’t raised to care

“He can’t be that stupid – or can he?” asked one, while another suggested he should be banned for six months and a cynic added: “I gather he can’t afford PR.”

Despite being condemned for failing to set an example, the former US Open mixed doubles semi-finalist insisted that the exercise was little more than an empty stunt.

“It’s not about safety to wear a mask for TV to talk to a microphone with no-one around,” he said.

“Playing the tournaments, I’ll follow whatever is required, even if I don’t agree with it. I don’t support masking people for the sake of it for TV.”