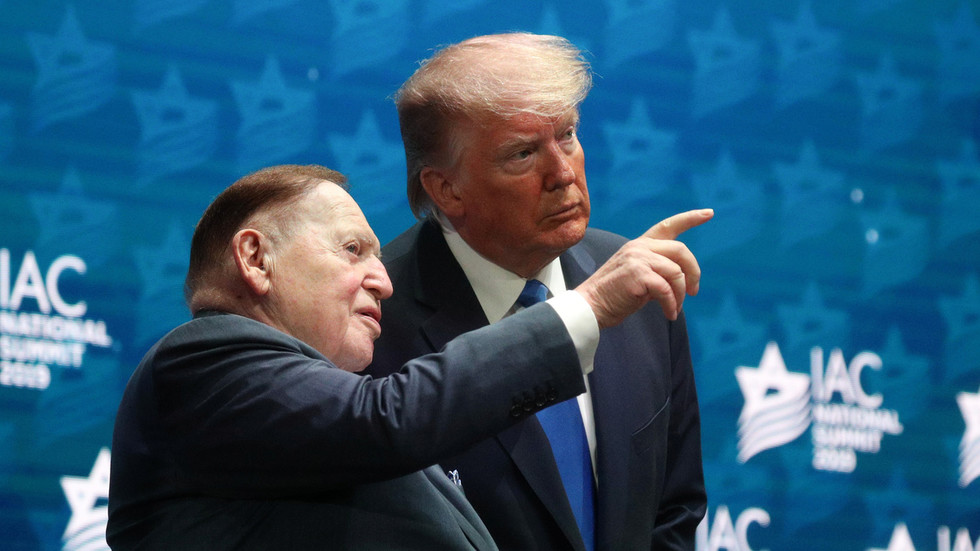 Major Republican donor Sheldon Adelson has passed away at the age of 87, according to his wife, news that was quickly celebrated by those critical of the casino mogul’s political leanings.

Since 2019, Adelson had been receiving treatment for non-Hodgkin’s lymphoma, but he continued to head his Las Vegas Sands casino empire.

“Sheldon was the love of my life. He was my partner in romance, philanthropy, political activism and enterprise. He was my soulmate,” his wife Miriam wrote in a press release on Tuesday.

Adelson and his wife were two of the Republican Party’s biggest supporters. They were also known for giving tens of millions to President Donald Trump’s campaigns, dropping $75 million on his reelection bid alone.

It was this support of conservative causes that had some celebrating Adelson’s death while others mourned on social media.

“Sheldon Adelson has died. The world will be a safer place without his racist hatred and funding of white supremacy,” one Twitter activist wrote.

BREAKING: Sheldon Adelson has died. The world will be a safer place without his racist hatred and funding of white supremacy

Sheldon adelson died at his home Monday, after a lifelong battle with the forces of light. His family said the cause of death was the “o-face” he made while watching Hannity

Thankful that Sheldon Adelson lived long enough to see his beloved Trump become the first one-term president in 30 years and leave the Republican Party in shambles on his way out of office. $75 million well spent, sir.

Even the fact that Adelson famously paid his employees salaries and benefits during the Covid-19 pandemic was not enough for many to overlook his politics.

That’s a good thing but it doesn’t wash away the harm he did during his lifetime.

Adelson spent millions on preserving holocaust museums and creating Jewish schools but The Atlantic has decided to run with this on the morning of his death. https://t.co/dm3GCr7sPv

Conservatives, however, have publicly mourned the passing of the mogul.

Donald Trump Jr. called him “a true American patriot” in a tweet.

Sheldon was a true American patriot and a giant among men. He treated his employees like family. His philanthropic generosity changed countless lives. The US-Israel relationship is stronger today because of him. My heart goes out to the Adelson family. https://t.co/AjZHPVsD1e

Sheldon Adelson’s life represents the best of the American dream. Susan and I send our deepest condolences and prayers to his family as the world mourns his passing. pic.twitter.com/QkL60v7iOE

Adelson, who was Jewish, also made waves through his support for Israeli Prime Minister Benjamin Netanyahu, who said the businessman and philanthropist “will be remembered forever” thanks to his actions to “strengthen Israel’s position in the US.”