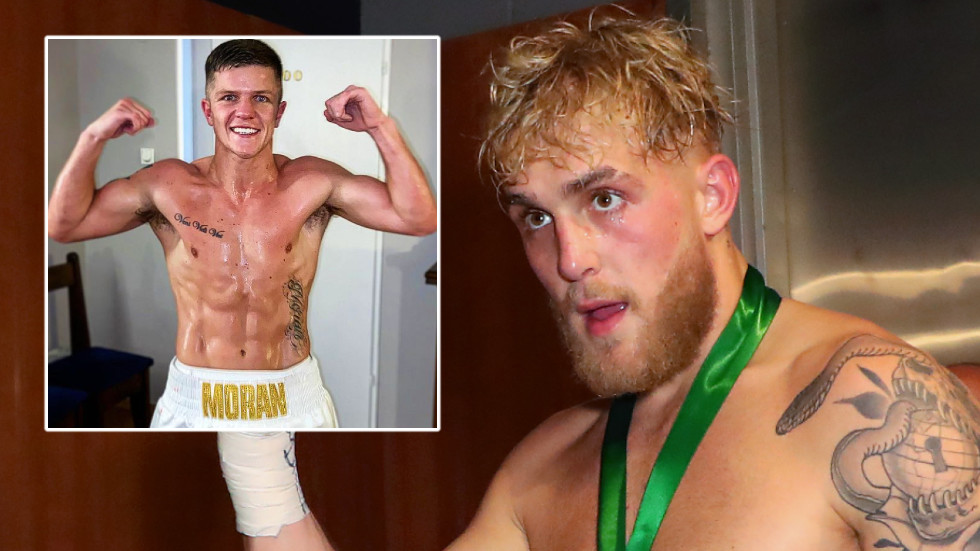 Internet personality Jake Paul has continued his trend of seemingly calling out anybody with a pulse as he issues a challenge to the 15-1 professional boxer Dylan Moran – who says he would make light work of either Paul brother.

Paul, 23, is 2-0 in the boxing ranks, owning wins over fellow YouTuber ‘AnEsonGib’ as well as former basketball pro Nate Robinson on the undercard of Mike Tyson’s November comeback fight against Roy Jones Jr.

But Paul – a close friend of boxing world champion Ryan Garcia – is seeking a more robust test for what would be his third time stepping into a boxing ring, and has identified Conor McGregor’s training partner, Dylan Moran, as an ideal candidate.

26-year-old Waterford native Moran is considered to be amongst the best young fight prospects in Ireland, a country often known for punching well above its weight on the international circuit.

He was drafted into McGregor’s camp for a pre-fight training camp in Portugal, where he was tasked with helping prepare the Dubliner for his January 23 tussle with Dustin Poirier – and McGregor was effusive in his praise for his compatriot’s efforts in sparring.

“The rounds were super close, though; razor!” McGregor wrote of Moran online. “Dylan is one of the better boxers I’ve ever shared the ring with. A phenomenally exciting Irish talent!“

This seems to have caught Paul’s attention. Much like his older brother Logan, who will fight Floyd Mayweather in an exhibition match on February 20, Jake’s modus operandi appears aimed at placing himself on the periphery of McGregor’s ecosystem in an apparent effort to engineer a lucrative box office bonanza fight with the former UFC champion.

Paul has previously engaged in a rivalry with another of McGregor’s training partners, Dillon Danis.

“He’s been boxing, going against some phenomenal, exciting Irish talent,” he added with a wry smile.

“This kid must be really good, because Conor’s a ‘good boxer’, right? And then we looked this kid up!

“Ladies and gentlemen, presenting to you: the big, bad, exciting Irish talent – Dylan Moran, the kid that Conor McGregor is sparring against. Take a look!“

With all the seriousness of what’s going on in the world right now the thoughts of that tictok guy jake logan having a real boxing match with a genuine pro of @pro_dylanmoran standard gives me a giggle ☺. His corner better have the towel ready after a round pic.twitter.com/v5AvCiqY71

Speaking in response to the video, Moran says that he certainly didn’t see the funny side.

“I have seen the video and personally I find it very disrespectful,” he said in a retaliatory video post.

“If he or Logan shows up, I will sleep those boys. They need to be taught some manners.

“This is my offer to you: I’ll come to America today, tomorrow or any other day. Me and you go to the legendary Floyd Mayweather’s gym and we’ll get in the ring… Doghouse rules. And let’s see how that works out for you.

“I will rip your head off, Jake. We are not the same.”

The point has been echoed by John Kavanagh, the SBG Ireland coach overseeing McGregor’s training ahead of his January 23 clash with Poirier in the Middle East.

“With all the seriousness of what’s going on in the world right now, the thoughts of that TikTok guy Jake Logan having a real boxing match with a genuine pro of Dylan Moran’s standard gives me a giggle,” Kavanagh opined.

“His corner better have the towel ready after a round.”