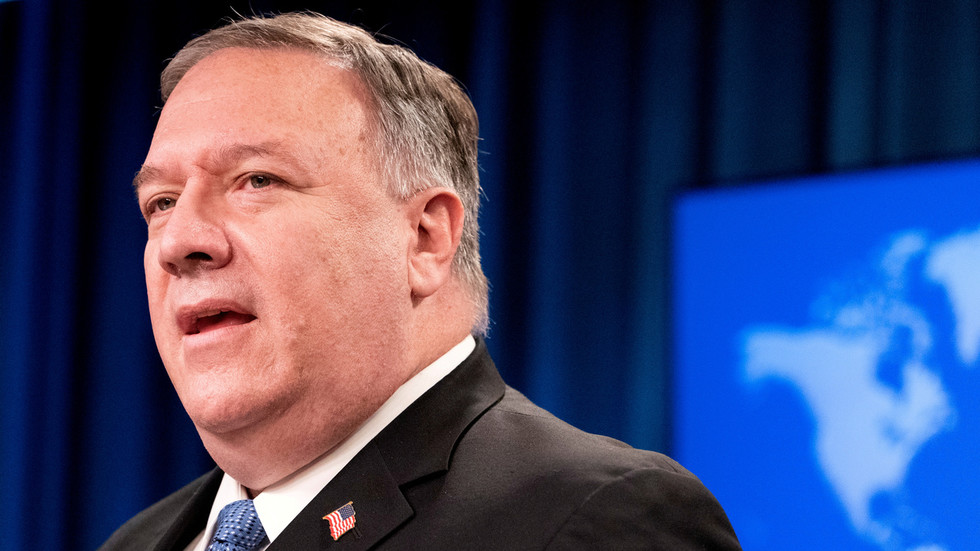 US Secretary of State Mike Pompeo has claimed, without providing any hard evidence, that the Islamic terrorist organization Al-Qaeda has established a new base in Iran.

“We must acknowledge it, we must confront it… we must defeat it,” Pompeo said during a press event on Tuesday, organized for making the bold announcement.

“We ignore this Iran-Al-Qaeda nexus at our own peril,” he added.

Pompeo acknowledged that to many Americans the alleged development may come as a “surprise,” since the US military and foreign intelligence have been on the offence against the group since the September 11 terror attacks in 2001. However, according to the official, it was this relentless US pursuit that drove Al-Qaeda into a “safer heaven,” namely the Islamic Republic of Iran.

Also on rt.com Pompeo says US will designate Houthis as terrorist group in bid to undermine ‘Iranian interference’ in Yemen

The state secretary called Iran the “perfect choice” for the terrorists’ supposed new hideout, adding that some Al-Qaeda operatives have had decades-long connections inside the country.

From designating Cuba to fictitious Iran “declassifications” and AQ claims, Mr. “we lie, cheat, steal” is pathetically ending his disastrous career with more warmongering lies.No one is fooled. All 9/11 terrorists came from @SecPompeo‘s favorite ME destinations; NONE from Iran.