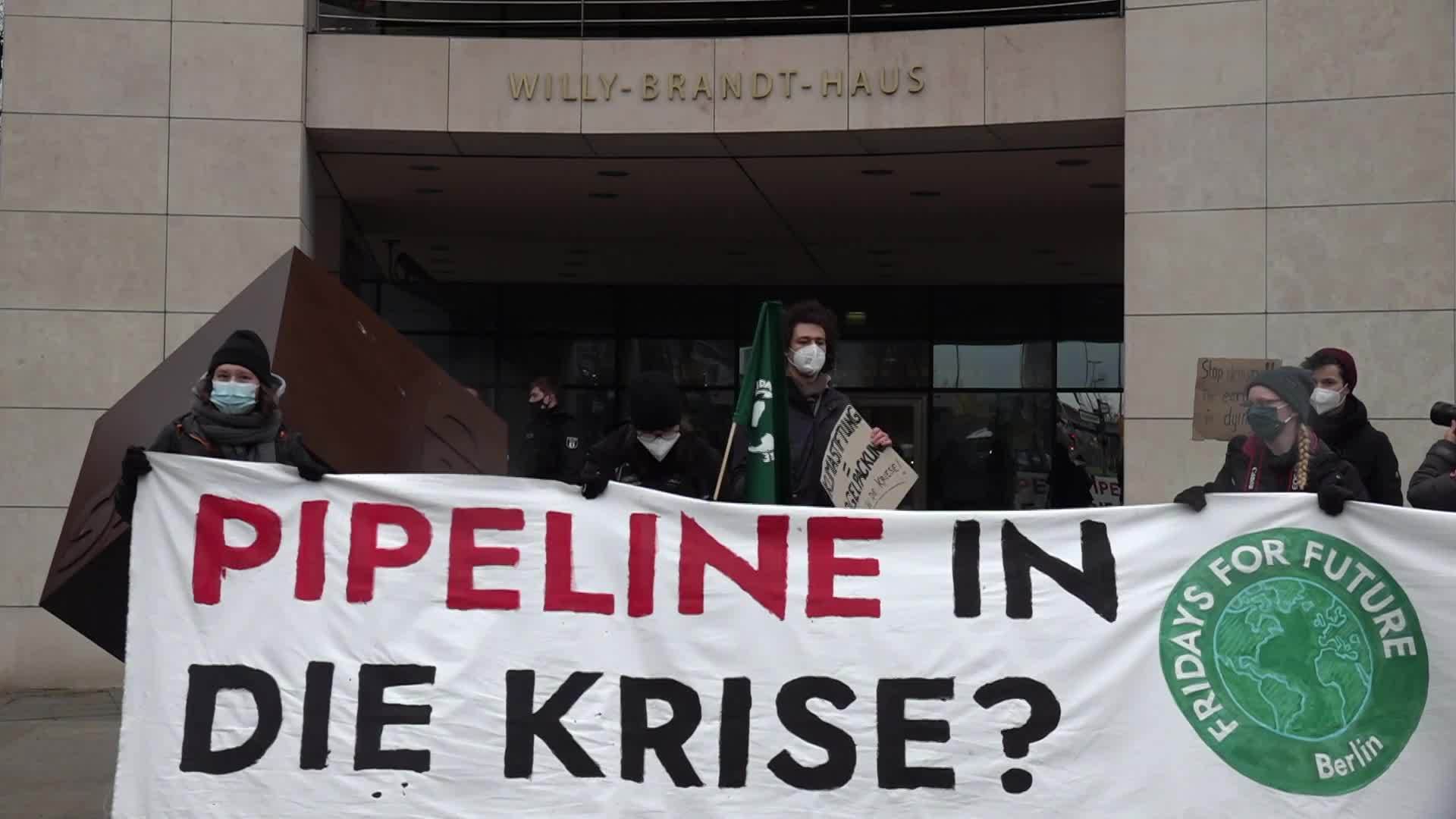 Activists from the Fridays for Future movement staged a protest outside the Willy Brandt Haus in Berlin, on Tuesday.

Around ten demonstrators rallied outside the headquarters of Germany’s Social Democratic Party, to express their opposition at the recent decision of Mecklenburg-Vorpommern’s authorities to implement measures for the completion of the Nord Stream 2 gas pipeline. The action was peaceful, with activists displaying banners and leaving the area after less than an hour.

Last week, local authorities in the northern state of Germany agreed to the creation of a state-owned foundation in charge of climate protection projects but also of the purchase of components necessary to complete the pipeline, which is aimed at bringing natural gas from Russia to Germany.

Climate activists consider the German-Russian project harmful to the environment, while Mecklenburg-Vorpommern’s authorities have defined it as ‘necessary’ to the country’s energy transition.