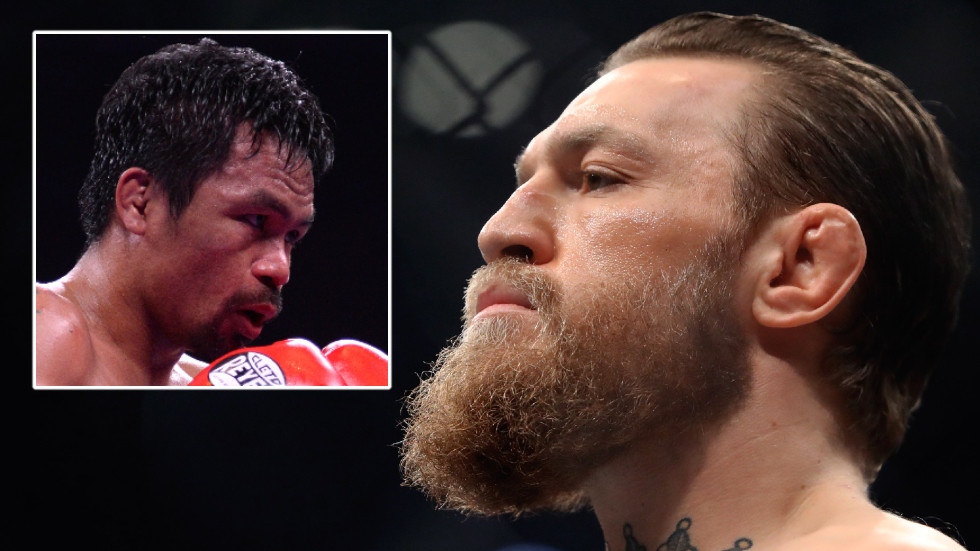 Multiple-weight world champion Manny Pacquiao has given the surest indication yet that he is set to face UFC superstar Conor McGregor in what would be a highly lucrative clash between boxing and MMA disciplines later this year.

Speculation has been rife that boxing icon Pacquaio and McGregor are set to collide later this year, with both prizefighters repeatedly stoking rumors about a potential cross-code showdown in 2021.

Those rumors intensified significantly when it was revealed that Pacquiao had signed a deal with the Paradigm Sports Management stable which also houses the notorious Irishman last year – a move that could potentially remove any stumbling blocks from negotiations.

Now Pacquiao, 42, has given the strongest sign yet that McGregor will likely be his next opponent after confirming his interest in becoming the latest world-class boxer to invite McGregor into the ring.

“They’re my options, but right now I want to experience fighting an MMA (fighter),” Pacquiao said to Business Mirror. “I will also donate a big portion of my income to Filipino Covid-19 victims.”

McGregor has a 0-1 record in the professional boxing ranks after he was beaten in the tenth round by Floyd Mayweather in Las Vegas in the late summer of 2017. A heavy underdog going into the fight, he impressed early in the fight but soon wilted as Mayweather upped the tempo late on to claim a stoppage.

Since then, McGregor has returned to his boxing roots and has been training at his childhood boxing school, the Crumlin Boxing Club in Dublin, under the tutelage of respected Irish trainer Phil Sutcliffe – who is expected to lead McGregor into any prospective fight with Pacquiao.

Also on rt.com ‘I’m boxing Manny Pacquiao in the Middle East’: Conor McGregor says he is returning to the ring to face Filipino legend

McGregor would almost certainly be a significant underdog once again if he does indeed fight Pacquiao – something which Pacquiao’s long-time conditioning coach, Justin Fortune, says is entirely justified.

“Manny knocks him out in two rounds, quick and easy,” Fortune said. “I think it’ll be a massive money fight. The world wants it. A lot of people don’t like McGregor and want to see him beaten up.”

McGregor, meanwhile, will rematch former foe Dustin Poirier as part of the UFC’s latest residency on Abu Dhabi’s “Fight Island” later this month, but had previously indicated that he was treating the fight with southpaw Poirier as preparation for the Filipino lefty.

Also on rt.com PAC-MAC is ON! Manny Pacquiao camp ‘CONFIRM deal is being made’ for Conor McGregor boxing bout

“Correct. Southpaw box style,” McGregor wrote in response to a fan asking about the possibility of a fight with Pacquiao last year.

“Continue to sharpen my MMA skills with some tough competition, while leading into my Manny bout preparation. It’s not easy going between both sports and then coming back to the one sport again.