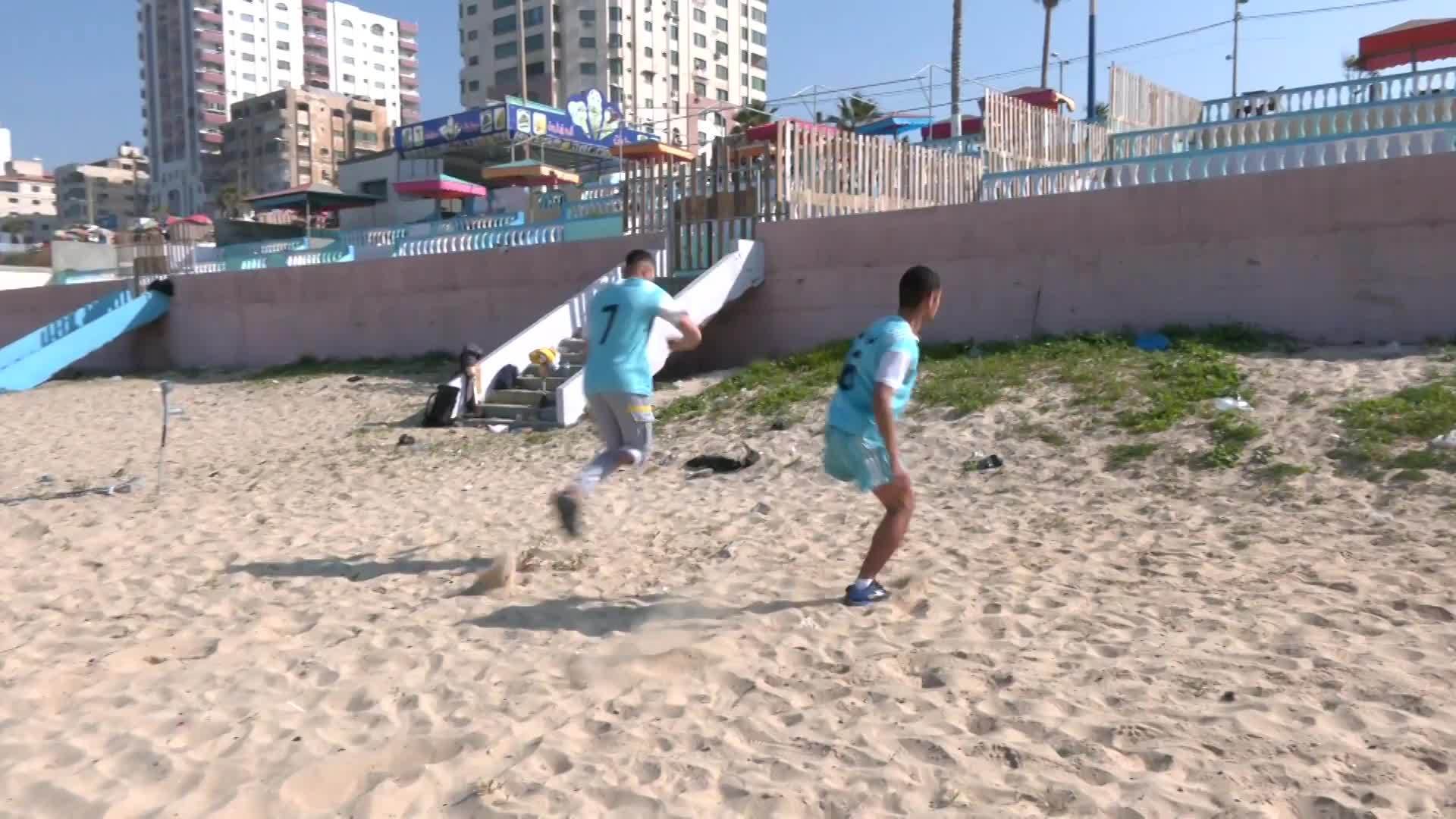 Muhammad Aliwa and Ahmed Abu Daqin, two athletes with one leg amputated, showed off their Parkour skills by climbing and jumping over obstacles in Gaza City, in footage from Monday.

Muhammad was injured in November 2018 in the east of Gaza City during the Great March of Return, where he was wounded by an explosive bullet in his right foot, which needed to be amputated on the same day.

“Before the injury, I was a football player and I used to participate in international leagues and marathons, but after the injury, when I only had one foot, I was able to complete my life and I was able to complete my dream, practice my normal life, practice football and basketball, I played with the Palestine national team and we played a match against the French national team, and it was my main goal,” he said.

Muhammad practises Parkour without his prosthetic leg, and recently he has returned to the various sports he used to do prior to his disability, including basketball, together with Ahmed.

“Muhammad and I started playing this game together and we hope to have a special team and start this game in a larger and permanent way,” said Ahmed Abu Daqin