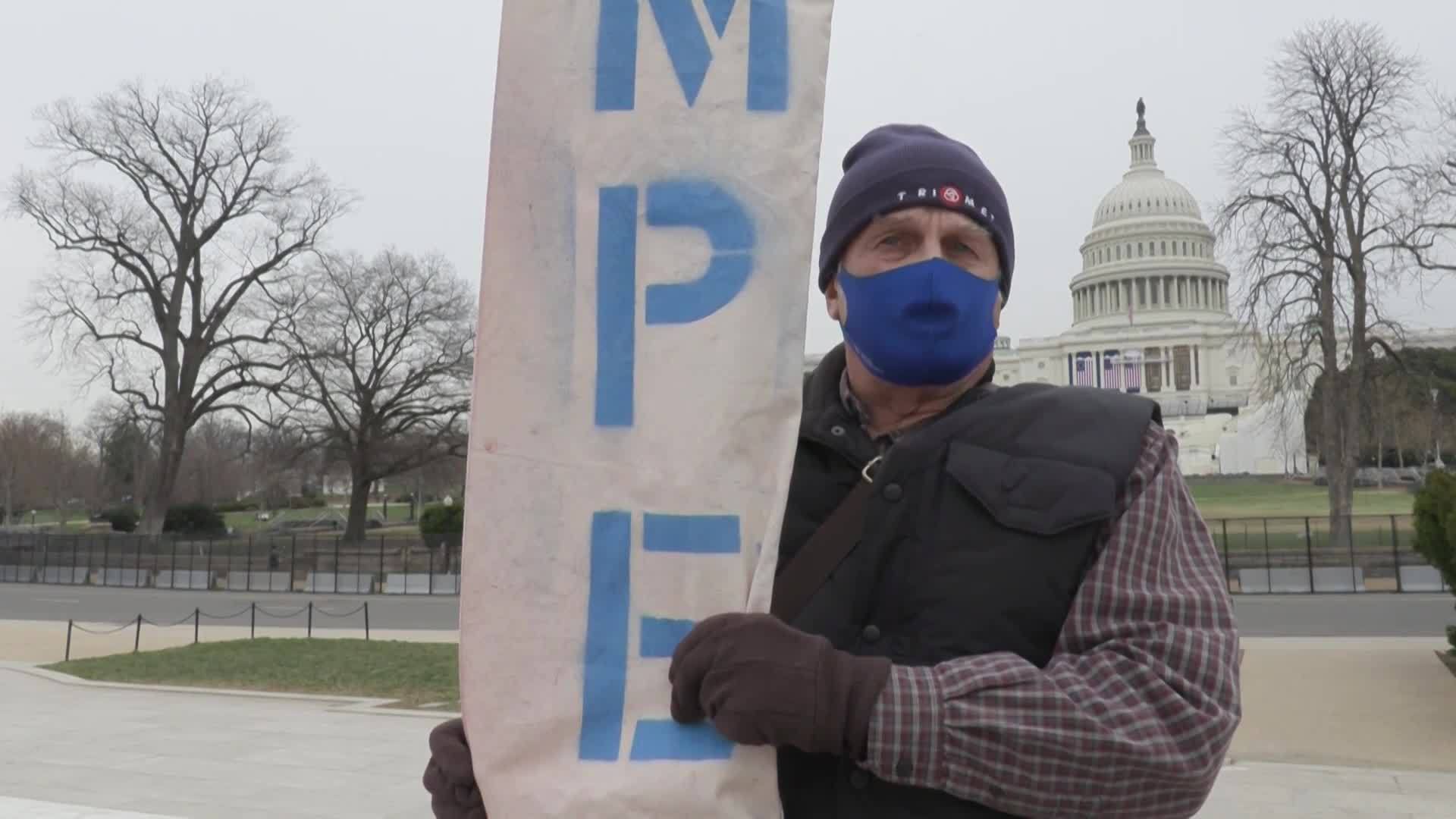 Locals in Washington DC reacted to the article of impeachment that the US House of Democrats formally introduced on Monday, charging President Donald Trump over ‘incitement of insurrection’ after the attack on US Capitol that took place on Wednesday.

“On Wednesday, January 6th 2021, a date which will live in infamy, the United States of America was attacked by a violent mob of domestic terrorists, incited by a self-serving president, who thinks only of himself,” said Bill, one of the residents interviewed closed to Capitol.

“Our legislators who are living up to their oath, they need to meet their responsibility to the constitution and convict him of impeachment,” Bill concluded.

“I think it’s very necessary, I don’t think they had a choice. The president didn’t give them a choice. I would prefer the 25th amendment. But the impeachment process is the only tool they have to call him accountable,” said another resident, Karen, also interviewed on site.

House Speaker Nancy Pelosi and top Senate Democrat Chuck Schumer are among the lawmakers accusing Trump of inciting supporters to storm the Capitol building on January 6.

The US House of Representatives is expected to vote to impeach President Donald Trump on Wednesday, one week following the incident, if Vice President Mike Pence does not agree to invoke the 25th Amendment.