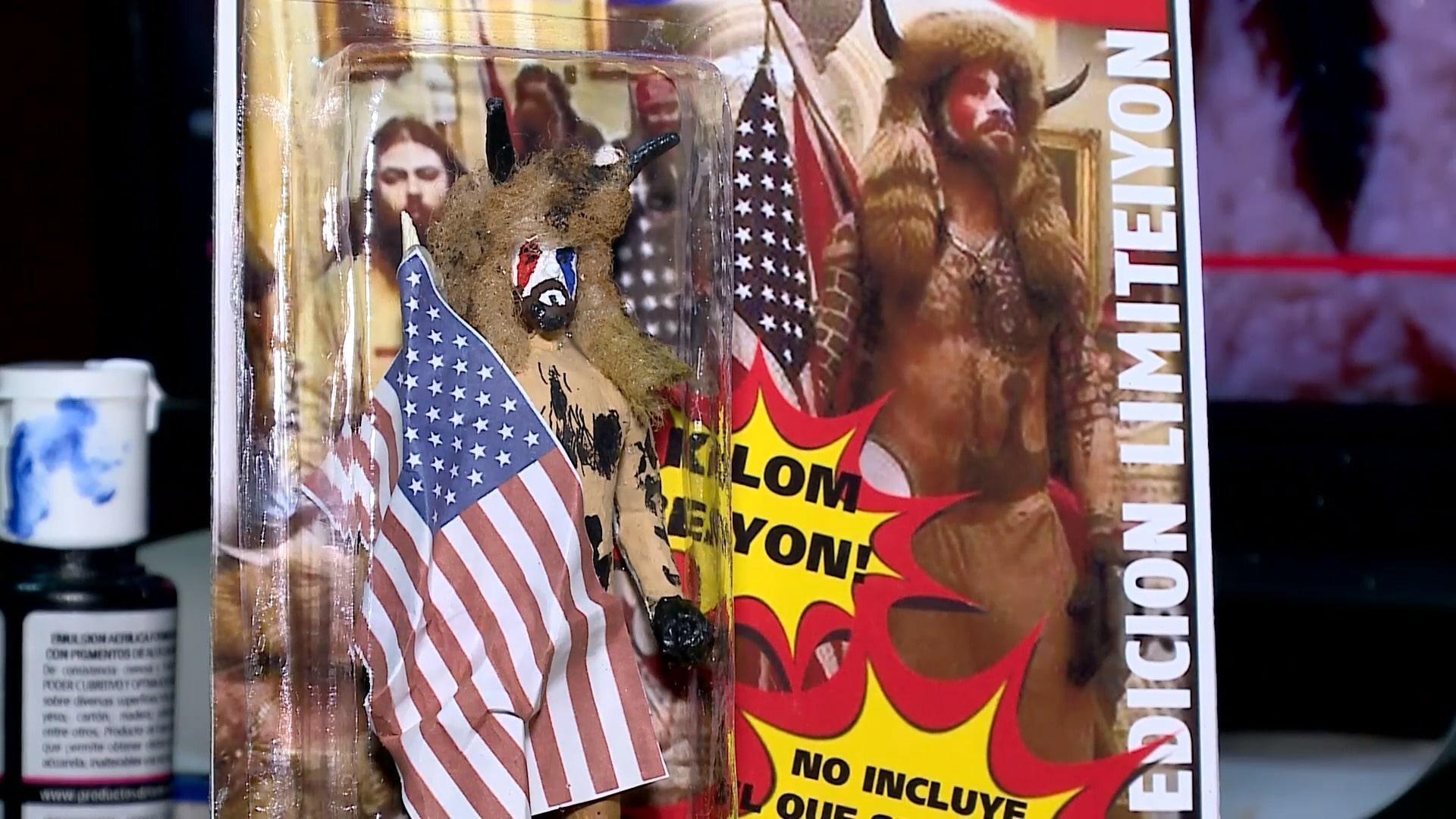 Toy manufacturer Ieie Milonga has made a doll of Jacob Anthony Chansley, known as Jake Angeli or the ‘QAnon Shaman,’ who took part in the assault on the US Capitol wearing horns and a fur hat, on January 6.

The manufacturing process of the doll could be seen in Buenos Aires on Monday.

“We make dolls related to the news and things that go around the world. Practically from memes, from news in the newspapers, on TV, characters like this same warrior,” Milonga explained.

Angeli rose to fame when he burst into the Washington Capitol bare-chested and wearing a furry headdress and a helmet with horns. He was arrested on Saturday in Arizona.

About the motivation for making the toy, Milonga said the character drew his attention, in addition to the fact that the assault happened in the United States, so he thought “it had to be done.”

“When we produced the dolls it had a very big impact, because it was news everywhere,” he said, adding that “orders came from all over the world, and particularly from the United States.”

According to reports, the doll has a price of 600 Argentine pesos (about €6, $7). Milonga also made other dolls of famous people such as the late football legend Diego Armando Maradona who died in December 2020, the Vice-President of Argentina Cristina Fernandez de Kirchner or The Beatles.