‘We were in a really bad place’: Dana White says he has mended fences with Conor McGregor after last year’s fractious fallout 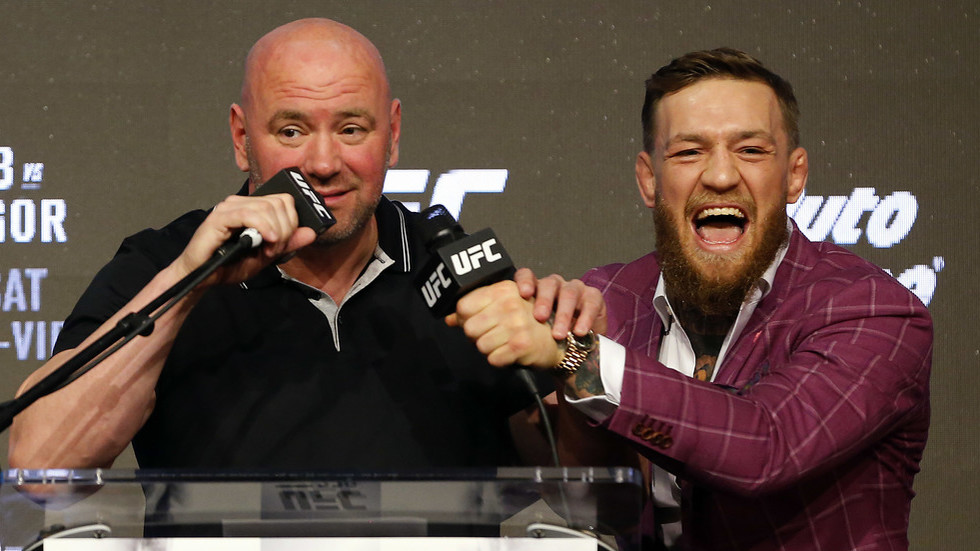 Dana White and his number one cash cow, Conor McGregor, have reconciled after what the UFC boss described as a serious falling out between the two stemming from McGregor releasing private text messages between the pair last year.

White has often bitten his tongue when discussing the Irishman’s occasional outside-of-the-cage infractions and has famously given him a lot of rope in some of his more notorious episodes, but the UFC president issued a stark rebuttal of his biggest-ever star’s decision to tweet screen-grabs of a conversation the pair had last year when haggling over a potential fight booking.

Also on rt.com ‘One of the DIRTIEST things you can do’: UFC boss Dana White fumes after Conor McGregor leaks message exchanges (VIDEO)

Soon after McGregor’s 40-second win against Donald Cerrone in January last year, attention quickly turned to McGregor’s next potential opponent as part of what he had described would be a three-fight ‘season’ in 2020.

However, and before the onset of the coronavirus plunged a dagger into the heart of global sport, McGregor stated that he wanted to fight as soon as possible, with Justin Gaethje being among the figures to have the Dubliner’s crosshairs trained on him.

McGregor would eventually sit out the remainder of the year but faced waves of criticism from fans and fighters alike due to his perceived inaction once the UFC roadshow was underway in Abu Dhabi and elsewhere – prompting McGregor to release a series of private messages between he and White which detailed McGregor’s repeated requests for a fight.

One fighter noted by McGregor was Diego Sanchez, the longest-tenured athlete on the UFC roster. Even his most ardent supporters would say that Sanchez’s best days are behind him, while White also balked at the idea of what he saw as an easy fight for McGregor.

But more than that, White says he didn’t appreciate his dirty laundry being aired in public.

“We were in a really bad place then,” White told ESPN of his relationship with McGregor last year.

“I was really upset. It wasn’t because he put out private messages. But we were talking about another fighter and I like Diego Sanchez a lot and I have a lot of respect for Diego Sanchez. I care about Diego Sanchez. So I was very upset about that.

“I talked to Diego face-to-face about it. Being the great human being that he is, [it’s] all good and then I was really, really upset with Conor. Conor, I fixed that, we talked and we got through it and we’re in a good place now.”

Also on rt.com UFC 257: Conor McGregor predicts when he will KO Dustin Poirier, says American is ‘levels below him’

Part of fight promotion, though, is doing business with people you don’t necessarily like, something which comes with the territory in prizefighting more so than in most other major global sports – and while White says that his relationship with McGregor never devolved into true acrimony, he says that business does come first.

“We’re in a good business place and personally, Conor and I are in a good place right now.”