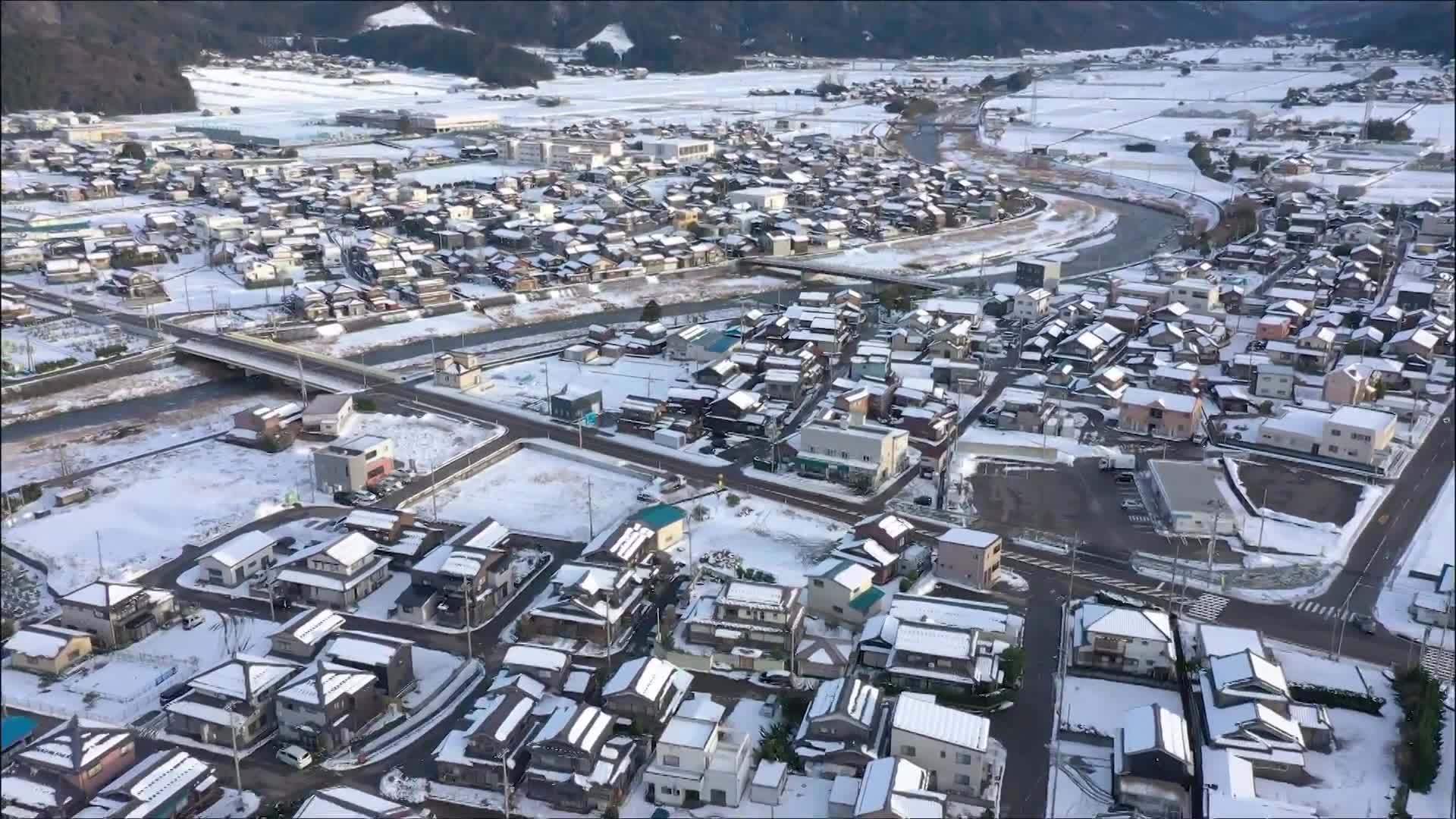 Drone footage has emerged of the Fukui Prefecture, located on the Sea of Japan coast, having been coasted in snow.

Houses and fields appeared to be covered by the snow on Monday.

According to local reports, over a thousand vehicles were stranded by the heavy snowfall on the Hokuriku Expressway, that runs through the Fukui Prefecture.

At least eight people have reportedly been killed by the storm.