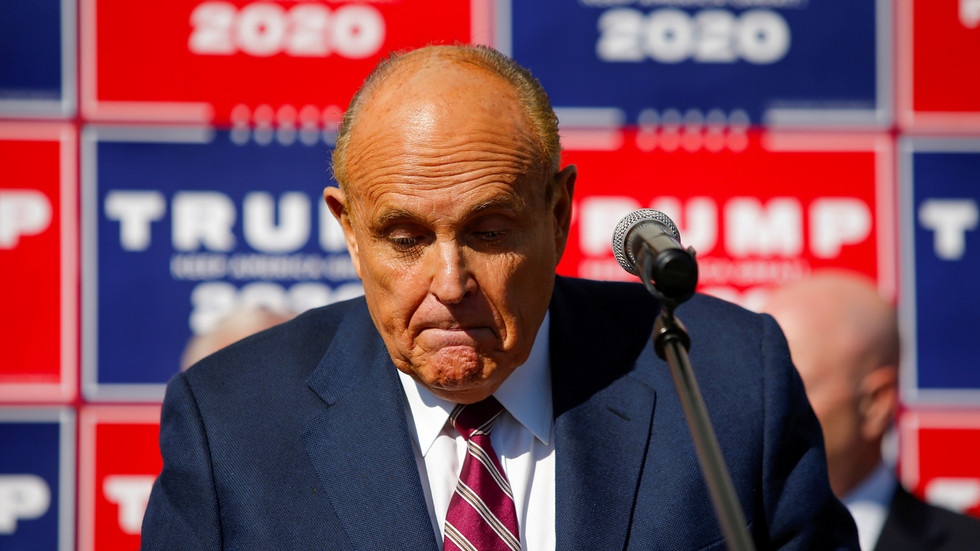 The New York State Bar Association (NYSBA) has launched an investigation into disbarring President Trump’s attorney, Rudy Giuliani, after he addressed a crowd of Trump supporters who went on to storm the Capitol.

Having received “hundreds of complaints” about Giuliani’s “baseless efforts” to prove the 2020 election fraudulent, and in light of a speech he gave before pro-Trump rioters barged into the US Capitol last week, the New York State Bar Association has launched an “historic” inquiry into revoking the former New York City mayor’s law license, the association said in a statement on Monday.

The NYSBA strongly condemned the violent uprising that occurred at the U.S. Capitol on Jan. 6, orchestrated by individuals bent on subverting the will of the voters by disrupting the certification of the 2020 presidential election results.https://t.co/2yesbOntIb

Giuliani has stood by Trump’s claims that Joe Biden’s electoral victory was fraudulent, though his efforts to prove this fraud legally were denied by multiple courts. However, the latest batch of complaints to the NYSBA came after Giuliani addressed thousands of Trump supporters at a ‘Stop the Steal’ rally outside the White House last Wednesday.

“Over the next 10 days,” he promised the crowd, “we get to see the machines that are crooked, the ballots that are fraudulent. If we’re wrong, we will be made fools of. But if we’re right, a lot of them will go to jail. Let’s have trial by combat,” he said.

After speeches by Giuliani and Trump himself, a crowd of protesters descended on the Capitol and forced their way in, as lawmakers inside certified Biden’s win. The crowd vandalized the building, and five people died as a result of the fracas. Among them were an unarmed protester shot dead by police, and a police officer who died on Thursday, allegedly after being struck by a rioter armed with a fire extinguisher. Three other people suffered fatal “medical emergencies.”

Among those calling for Giuliani’s disbarment were Representatives Ted Lieu (D-Torrance) and Mondaire Jones (D-Nyack), who alleged that Giuliani’s use of the phrase “trial by combat” amounted to incitement and seditious conspiracy.

Giuliani’s potential disbarment could spell trouble for President Trump, if Congress votes on his impeachment. Rumors have it that Trump will enlist Giuliani to defend him in any impeachment trial, but, with a week left in office, the likelihood of that trial taking place before Biden’s inauguration is slim. Even if the House of Representatives votes on impeachment this week, the Senate doesn’t reconvene until January 19 – one day before the inauguration.