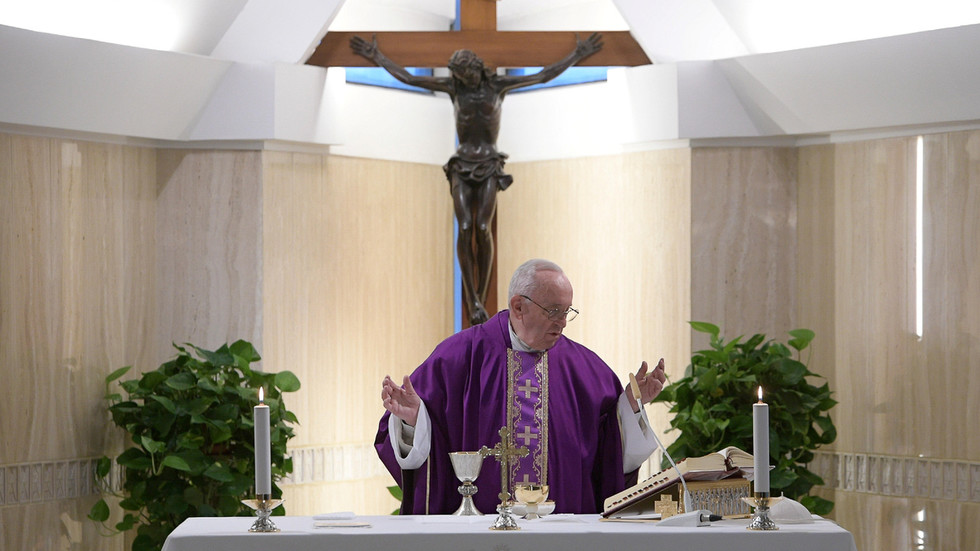 Recognizing the “precious contribution” women make to the Catholic Church, Pope Francis has formally allowed them to undertake more tasks during Mass. The priesthood remains reserved for men only, however, he confirmed.

The change to Canon laws was announced by the Vatican on Monday on the publication of the Pope’s letter to a cardinal explaining the decision. From now on, the ministries of lector and acolyte – roles fulfilled by laypeople during Mass – may also be undertaken by women.

In fact, women around the world had already been assuming these roles for some time, particularly in communities with too few men to fill them. Still, the formal assertion of the change is a significant step towards equality in the Catholic Church, as it deprives old-school bishops of the grounds on which to ban women from reading Mass.

“There is nothing new about women proclaiming the Word of God during liturgical celebrations, or carrying out a service at the altar as altar servers or as Eucharistic ministers. In many communities throughout the world, these practices are already authorized by local bishops,” the announcement reads.

At the same time, the Pope reaffirmed that ordained ministries, such as the priesthood, remain reserved for men only. The decision has merely made clear the distinction between the ordained and lay ministries, Pope Francis noted.

“These ministries are situated within the dynamic of the mutual collaboration that exists between these two priesthoods, and their specifically “lay” nature has become ever more pronounced, in connection with the priesthood exercised by all the baptized by virtue of their baptism,” he noted.

The move comes as the Vatican remains under pressure to allow women to be deacons – ordained priests of the lowest rank, who are capable of fulfilling many of same tasks as fully fledged priests, including baptism and presiding over funerals or weddings. Last year, the Pope established a special commission to look into this matter. This will be the second investigation by the Vatican into the issue of female deacons, as the first study group, launched back in 2016, failed to reach any consensus.

While proponents of the idea believe such a change would not only bring more equality to the ministry, but also help manage the shortage of priests observed in some parts of the world, traditionalists strongly oppose the move. Allowing women to be deacons would pave the way for them to become ordained priests, they say, and that they would consider grossly inappropriate.