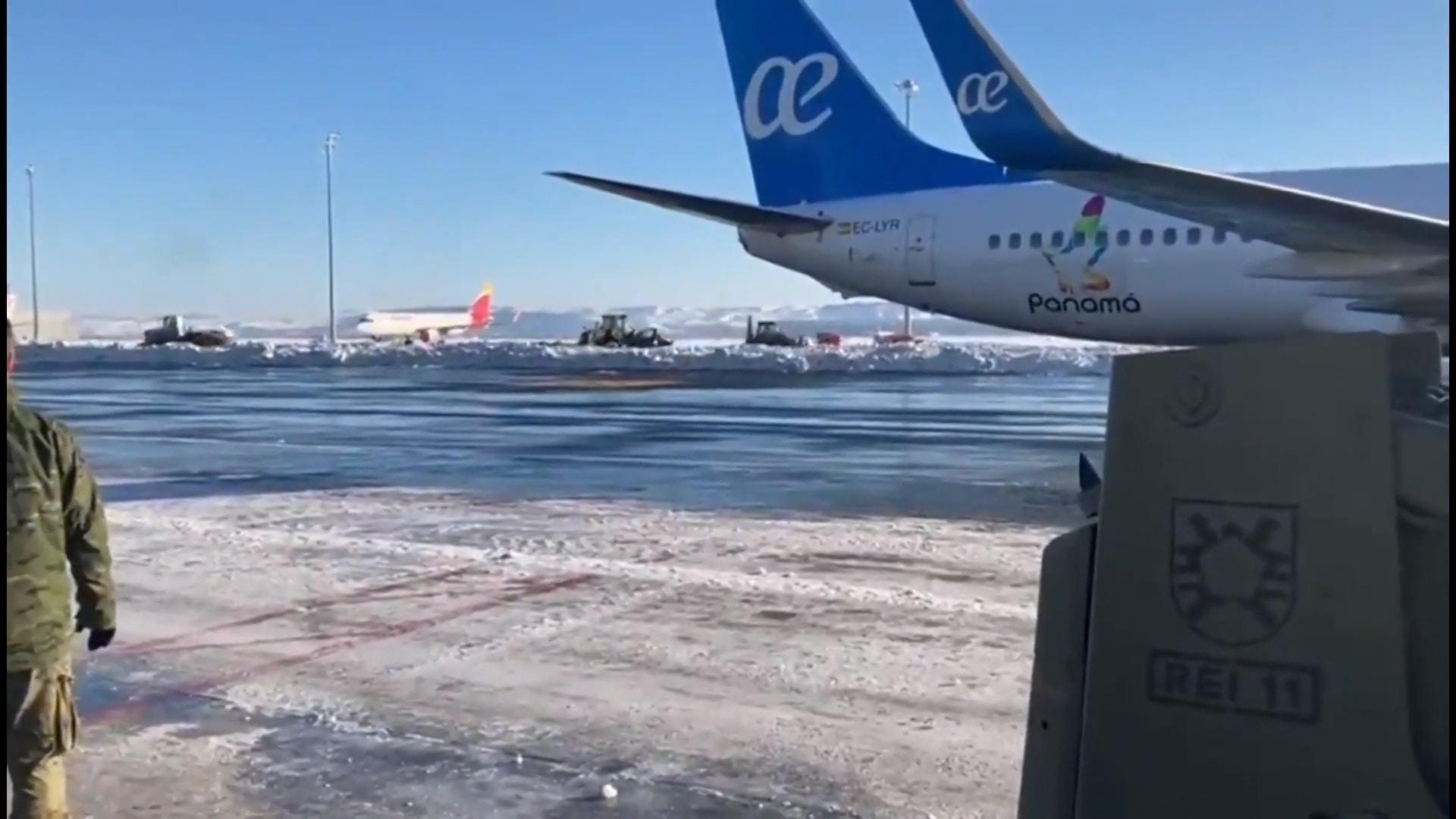 Footage released on Monday by the Military Emergency Unit (UME) show the efforts made to clear the snow from the runways of Madrid’s Barajas-Adolfo Suarez airport, as it resumes activity following the historic snowfall.

According to the Spanish public company that manages airports in Spain, Aena’s Twitter, flights are gradually resuming in terminals 4 and 4S. Terminal T1 is still inoperative.