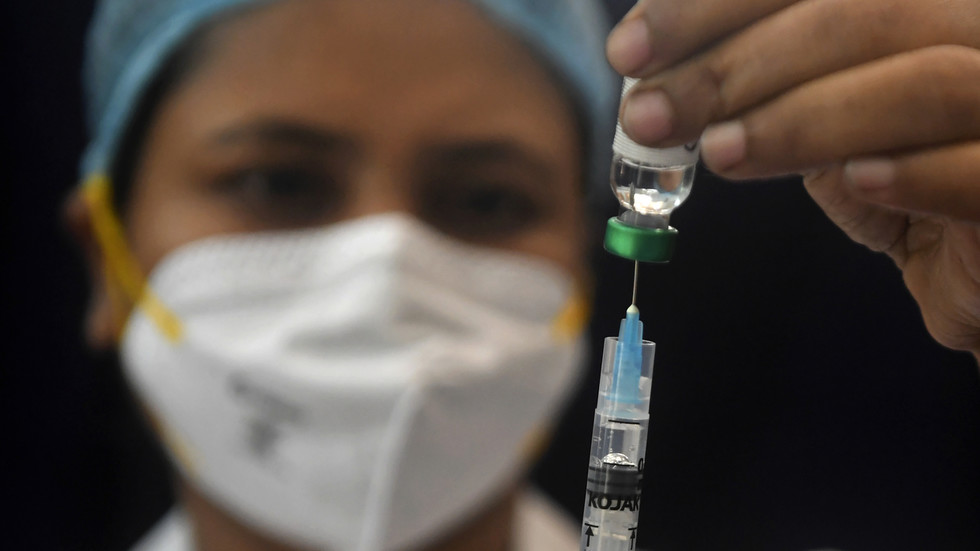 The launch of a nationwide vaccination program, along with highly positive reports on quarterly earnings by Indian technology giants, have sent Indian stocks to record-breaking highs.

The S&P BSE Sensex had advanced 0.65 percent to 49,093.76 as of 06:02 GMT, while the NSE Nifty 50 Index climbed 0.6 percent. Both indices had been triggered by the strong performance of technology corporations, after the country’s multinational tech consultancy Tata revealed a quarterly earnings report that beat expectations and forecast double-digit growth for the next financial year. Its shares grew 3.5 percent to a new record high.

The yield on the benchmark 10-year government bond rose five basis points to 5.92 percent as the rupee weakened 0.3 percent against the US dollar.

The rise was driven by foreign investors, who had been piling into Indian stocks amid signs of recovery in the economy, even with the country’s GDP on the way to its worst annual contraction since the 1950s.

Also on rt.com Indian’s appetite for gold grows as price for metal hangs near multi-month low

In addition, the Indian government has announced plans to start mass vaccination against Covid-19 as soon as this week. The nation has recorded the second-highest number of Covid-19 infections in the world, after the US.

“December quarter results look promising and have been boosted by a recovery in the economy. The start of the vaccination drive is positive for sentiment and is continuing globally,” Deven Choksey, a strategist at KRChoksey Investment Managers, in Mumbai, told Bloomberg.