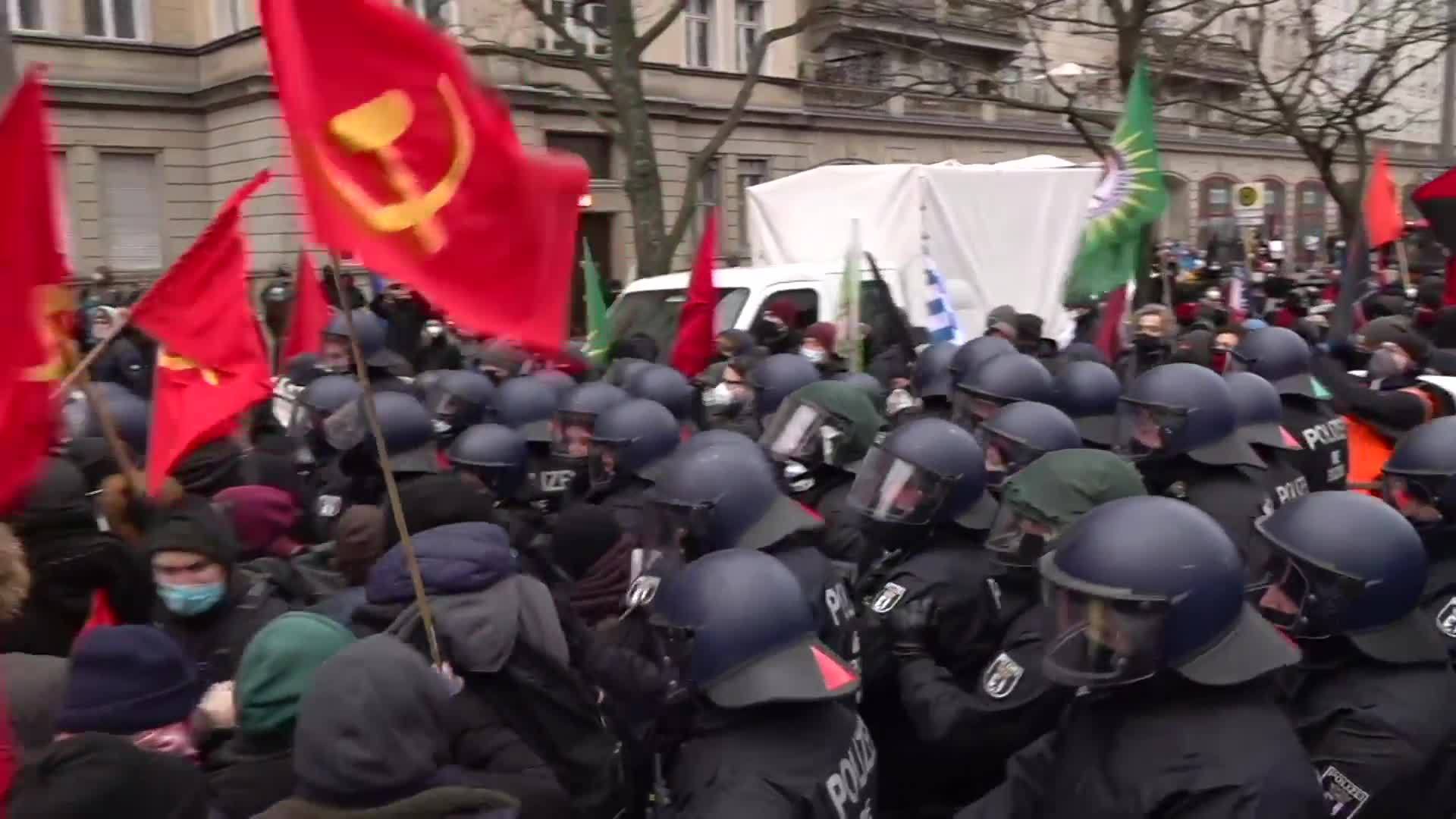 Police clashed with left-wing activists who were rallying to commemorate the 102nd anniversary of the executions of communist leaders Rosa Luxemburg and Karl Liebknecht.

Protesters carried leftist signs and flags during their rally in Berlin on Sunday.

Luxemburg and Liebknecht were shot dead by members of the far-right German Freikorps paramilitary militia in Berlin in 1919.