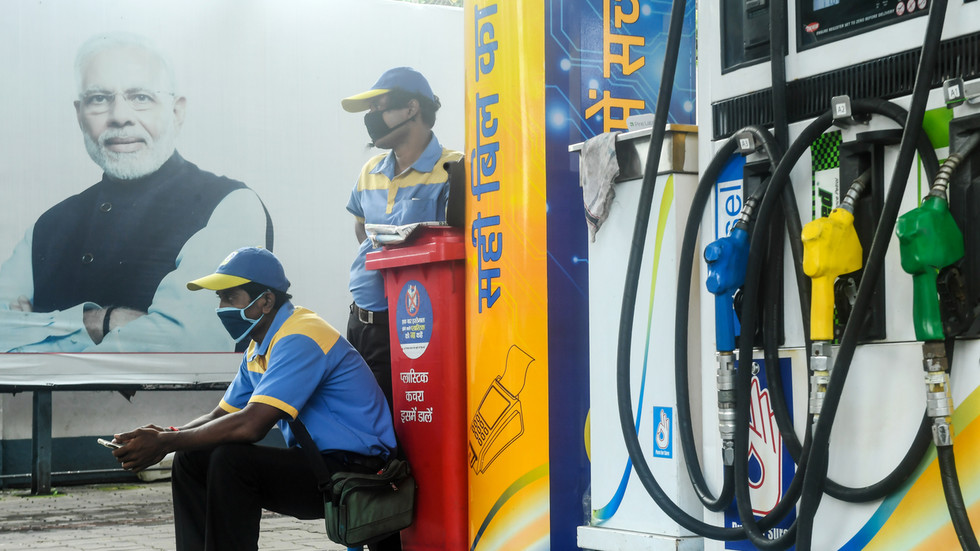 Demand for petroleum products in India has tumbled to multi-year lows following its first contraction in consumption since 1999, as the coronavirus pandemic rattles the world’s third-largest oil importer and consumer.

Total petroleum consumption was down for the whole year of the pandemic, falling by over 10 percent to 193.4 million tons, according to provisional data published by the Oil Ministry’s Petroleum Planning and Analysis Cell on Saturday.

Also on rt.com Why India is the most exciting renewable market in the world

The figures show, however, that demand was slowly rebounding in the last four months of the year as Asia’s third-largest economy accelerated its recovery. Despite still being slightly lower year-on-year, in December consumption reached 18.59 million tons – almost double the figure for April, when the country was in the middle of a nationwide Covid-19 lockdown.

In another positive sign, fuel consumption reached an 11-month peak at the end of the year. The ministry had earlier said that petroleum-products consumption recovered over 85 percent from April to November 2020 compared to a year ago.

India’s economy suffered a record 23.9-percent contraction in the first quarter of the financial year, which starts April in the country. Despite improvements in the July-September quarter, with gross domestic product (GDP) down 7.5 percent, the country could not escape falling into technical recession.

According to some estimates, India could see positive GDP figures in the last three months of 2020, and further stabilize in the January-March quarter. The country is still on track to see its biggest annual economic contraction since 1952. The government expects the nation’s GDP to fall 7.7 percent for the whole financial year.