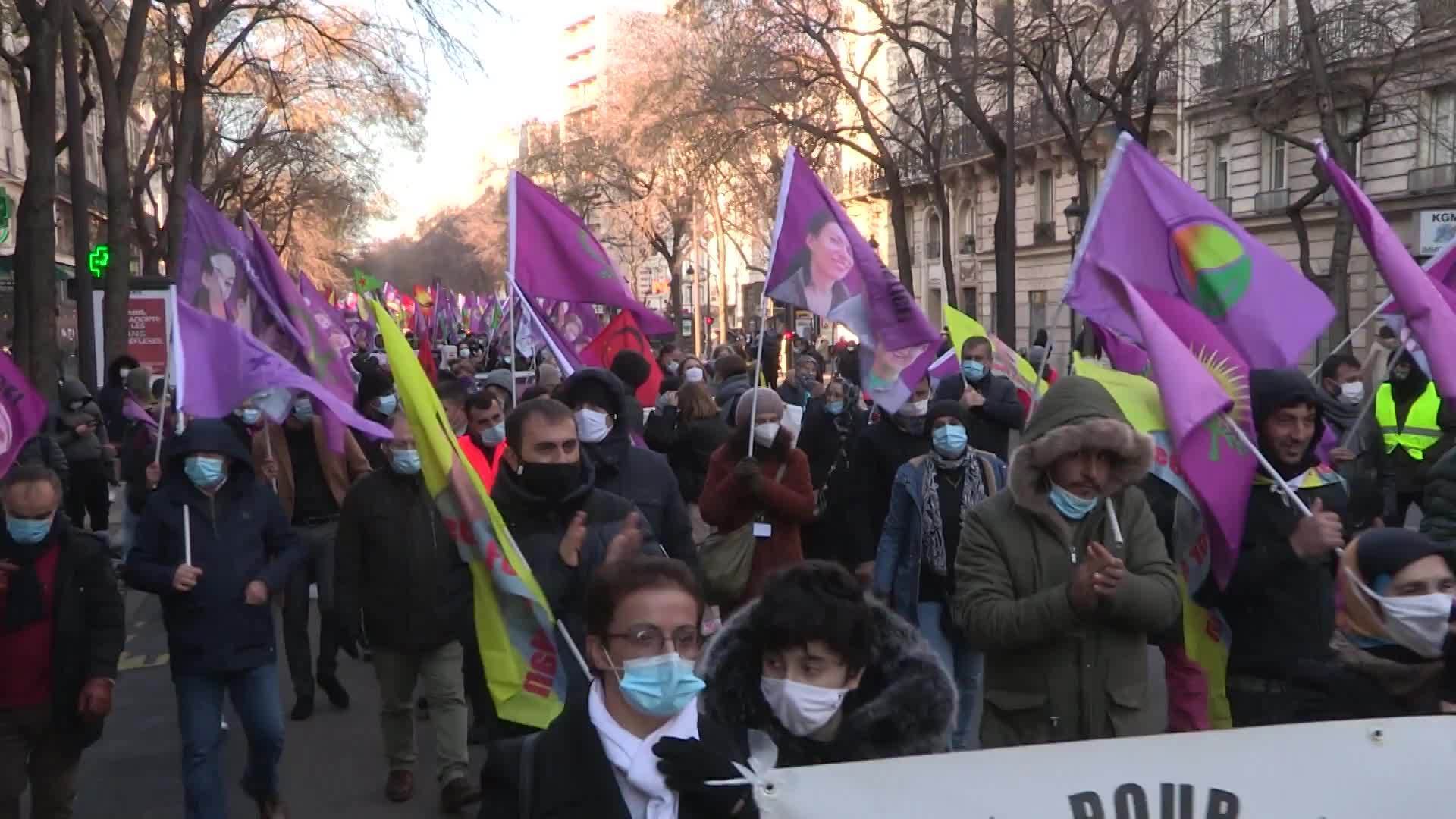 Hundreds of pro-Kurdish protesters marched through the French capital on Saturday demanding justice for three Kurdish activists on the eighth anniversary of their triple murder in 2013.

The demonstrators gathered by the Gare du Nord station in the early afternoon where they began marching as they chanted and waved Kurdish flags and banners depicting the slain activists Sakine Cansiz, Fidan Dogan, and Leyla Soylemez.

“[I feel] above all a feeling of anger and frustration because it has been eight years now that we are still awaiting this justice which has not been given because the culprit has not been really accused and held guilty by justice,” explained Tugba, a protester at the march.

Cansiz, Dogan, and Soylemez were found with gunshot wounds to the head inside a Kurdish information centre in the 10th district of the French capital in 2013. To date, no one has been convicted in connection with the killings while Turkish authorities have always denied any role in the incident.