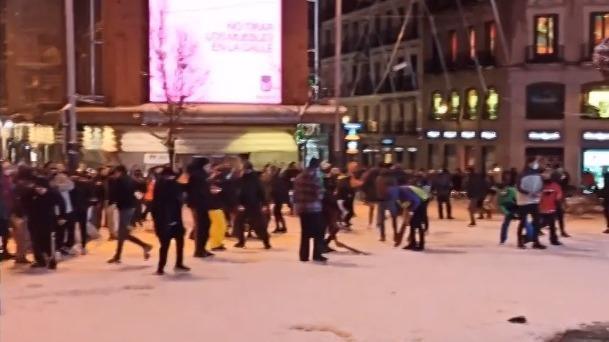 Dozens were seen taking part in a snowball fight in Madrid, as storm ‘Filomena’ blanketed the streets of the Spanish capital in snow, Saturday.

The Callao Square saw locals enjoy the winter weather throwing snowballs at each other.

Local authorities have issued warnings urging their citizens to stay at home as four people have been reported dead and thousands have been rescued after being stuck on ring roads around the city overnight.

Several train services and flights have been disrupted across the country due to the storm and schools and universities in Madrid will reportedly be shut on Monday and Tuesday as a preventive measure.