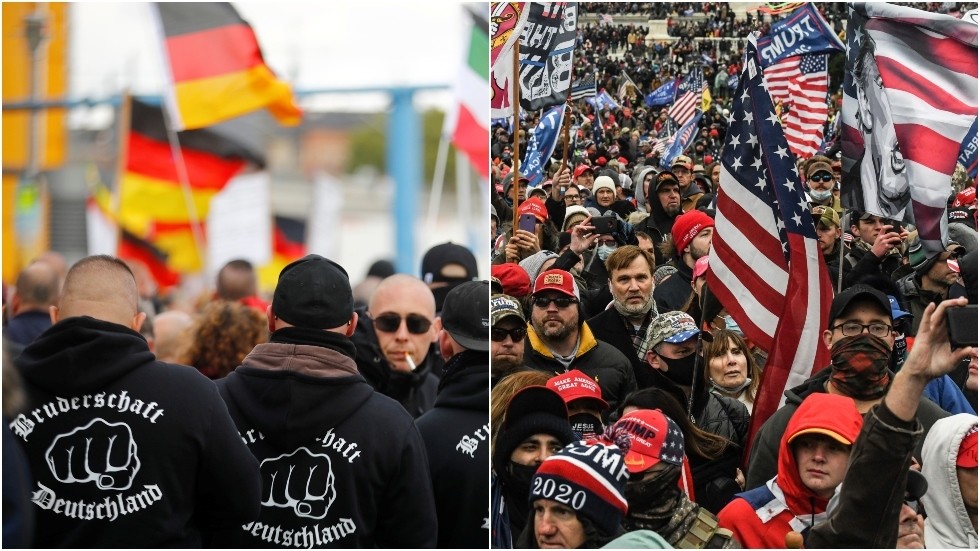 Democracy in Europe is impossible without democracy in the US, German Foreign Minister Heiko Maas has said in response to the Capitol siege, calling upon Washington to join forces in a “Marshall Plan for Democracy.”

The scenes of Donald Trump’s supporters ransacking the US Capitol building on Wednesday in a last-ditch effort to prevent the Senate from certifying his Democratic rival, Joe Biden, as president-elect apparently made a strong impression on Germany’s top diplomat.

“We are ready to work with the US on a joint ‘Marshall Plan for Democracy’,” Maas said in an interview with local DPA news agency on Saturday.

“We must not yield any room to the enemies of liberal democracy. This applies not only in the US, but also here in Germany and Europe,” he added.

The Marshall Plan or the European Recovery Program (ERP) was an aid campaign, launched by the US in 1948 to help Western Europe rebuild after World War II and to prevent the spread of Communism on the continent. Washington pumped billions of dollars into the program and Berlin was one of its major recipients.

Maas expressed belief that democracy is in jeopardy and said a similar effort is now needed to preserve it on both sides of the Atlantic.

Tracking down and eradicating the routes of social division in their societies will be “one of the greatest tasks” for future Americans and Europeans, the minister said.

“The belief in cohesion, in democracy as the most humane form of government, and in the persuasive power of science and reason” can only be upheld through cooperation, and there are “no better, closer, more natural partners” that the US and EU, the minister insisted.

Biden himself has promised to host a “global summit for democracy” during the first year of his presidency.

Maas comments underline Berlin’s willingness to try to restore its partnership with Washington under the new US president. The ties between the two nations have been close for decades, but took a nosedive with Trump in the White House as they clashed over a range of issues, including NATO spending, trade tariffs, Iran policy and the US administration’s attempt to derail the Nord Stream 2 gas pipeline, connecting Germany and Russia.