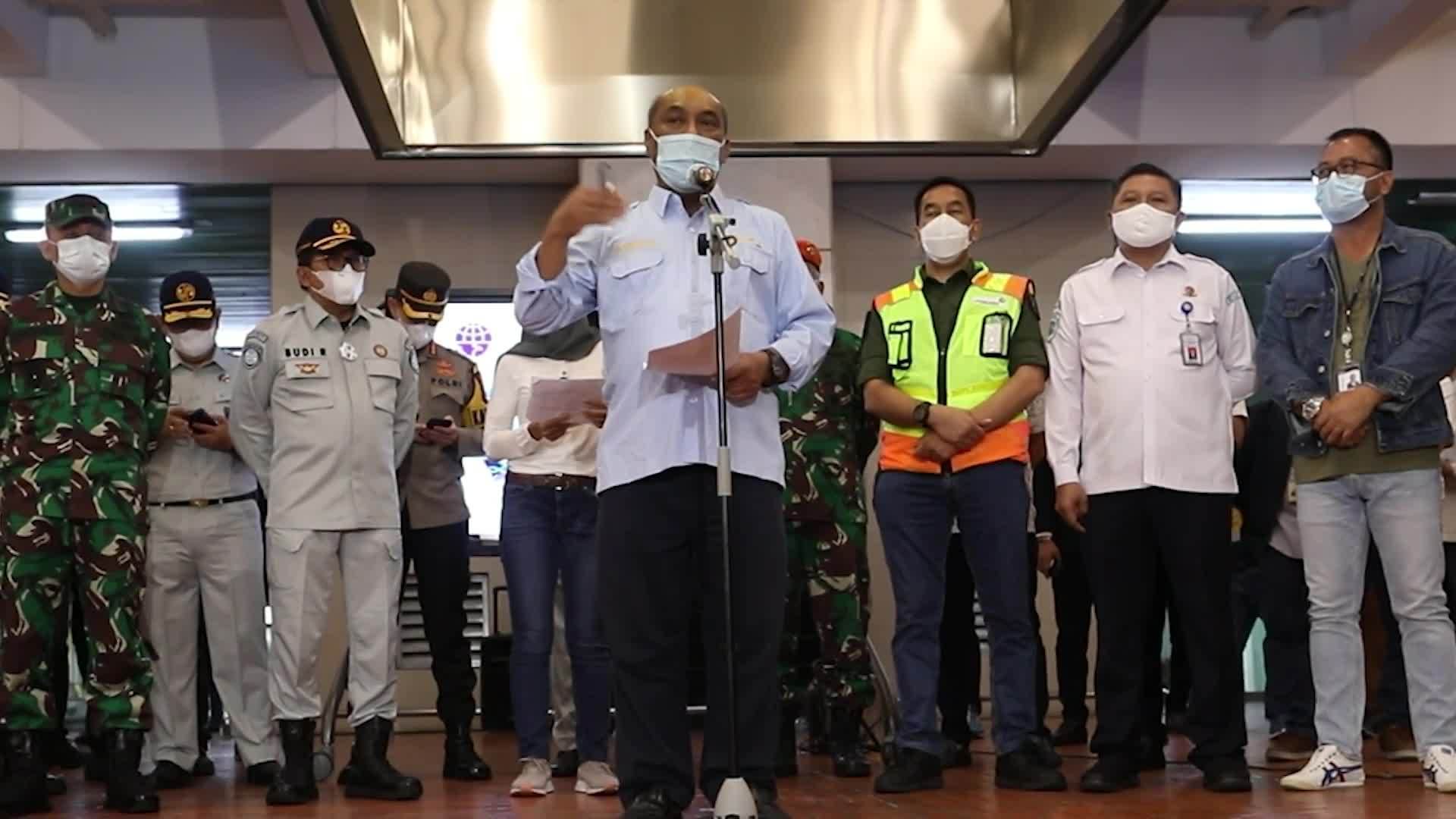 The head of Indonesian transportation safety committee Soerjanto Tjahjono gave a press conference regarding the search and rescue operation being organised. The press conference came after a Sriwijaya Air flight is feared to have crashed on Saturday.

Families continue to wait for news of their relatives who were aboard the Sriwijaya Air Boeing 737 flight that disappeared shortly after takeoff from Jakarta.

“The most important thing now is the search and rescue operation. When they give us the green light so that we can begin investigation then we will begin to do it,” stated Tjahjono.

The Sriwijaya Air flight disappeared from radars just four minutes after take off on its journey to Pontianak in West Kalimantan province, on the island of Borneo, where it was set to land, on Saturday.

“Tomorrow we will go to survey the location of the crash, and we will analyse what the conditions look like and what tools can be used to investigate the area,” said Soerjanto Tjahjono

An Indonesian Transport Ministry spokesperson confirmed earlier that the plane was travelling from Jakarta to Pontianak. The plane reportedly started losing altitude soon after departure, descending 3,000 metres (10,000 feet) in less than a minute. Sixty-two people including 56 passengers and six crew members were reportedly on board.