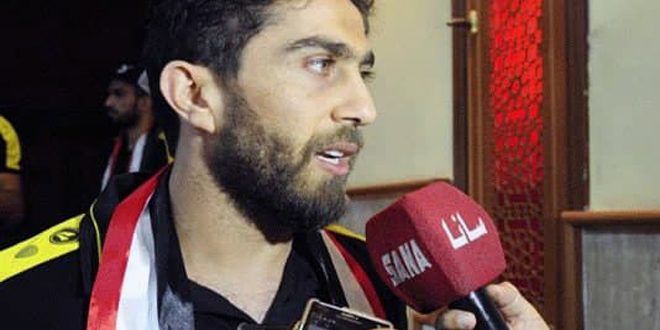 Leipzig, SANA- Ex Syrian football player Firas al-Khateeb achieved the first place in the Arab nation and the 19th in the world in the list of the best scorer since 2001 till 2020 in the list published by the International Federation of Football History & Statistics (IFFHS).

Al- Khateeb came the first Arab and the 19th in the world after scoring 344 goals in the above mentioned period, followed by Kuweiti Badr al-Mutawea who came the second Arab and the 27th world scoring 322 goals.

Al- Khateeb scored 36 goals till his retirement at the end of 2019 in 72 international matches, and he is considered the first Asian player and the seventh player in the world who participates with Syrian National Football team in 6 FIFA World Cup qualifiers.

Al- Khateeb journey in the soccer world started from al- Karama team to begin his professional track in 2002.

IFFHS is an organization which is similar to VIVA, located in the German city of Leipzig which works on recording the football stats and gives an accurate info about the world’s scorers list, the best games maker, the most famous player, in addition to issuing a monthly ranking of the teams on the world’s level.