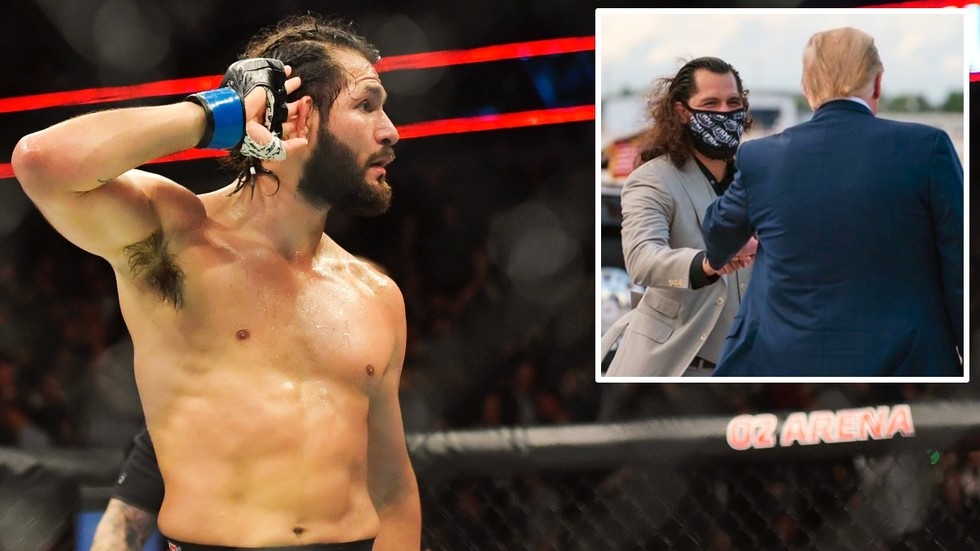 UFC star and noted backer of Donald Trump, Jorge Masvidal, has taken to social media to voice his displeasure at Trump’s recent deplatforming by Twitter, and hinted that he may also be finished with the social media platform.

And, with Trump, plus his legal advisor Sydney Powell and recently-pardoned General Michael Flynn all being banned from the social media platform, Masvidal took to his account to voice his opposition, and to hint that he, too, may be finished with the service.

Also on rt.com ‘Really tough and really smart’: Donald Trump says it is a ‘great honor’ to have the support of UFC star Jorge Masvidal

“Not too many places I ain’t been kicked out of and since all the cool kids have been kicked off Twitter…” he wrote, following up with a middle-finger emoji aimed at the account of Twitter founder, Jack Dorsey.

“Ala din my way out of here #supernecessary“

Not too many places I ain’t been kicked out of and since all the cool kids have been kicked off Twitter…. 🖕🏼 @jack Follow the leader. Ala din my way out of here #supernecessary

Masvidal’s comments received both support and opposition in his replies, with one commenter suggesting, “I’m sure Jack is devastated that you are leaving,” while another said, “That only hurts your brand, but I guess no one ever said you were smart.”

Another called Masvidal’s bluff, saying, “I’ll believe it when one of these jokers actually deletes their account. It’s just grandstanding,” while one pointed the finger at the UFC star for not mentioning a word about the recent Capitol attack by far-right protesters, saying, “Haven’t seen you condemn the Capitol attack yet, dawg.”

While there were plenty of negative replies to Masvidal’s post, he also received a number of positive responses, too.

One fan pleaded with him to stay on the platform, replying, “You’re the reason I’ve even had my profile for this long. There’s no purpose for me to even be on here if you’re gone. You still have ppl that love you on here. Don’t go.”

Another showed support in a different way, but simply saying, “With you on that one Jorge!” while another said, “Amazing to see how many haters think it’s cool that people are being removed. Have they not thought about what might happen to them should they ever have a controversial point of view?”