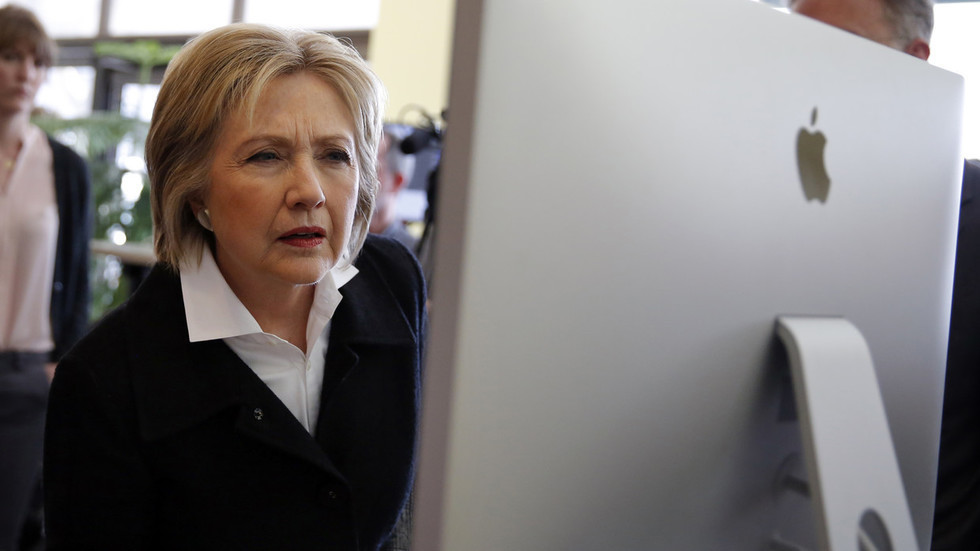 Hillary Clinton has posted a toe-curlingly cringe reaction to US President Donald Trump being booted off Twitter. The failed presidential candidate reminded every one that she’s still struggling to process her election defeat.

As it emerged that Twitter had permanently suspended the US president, for reasons known only to her (and her team of advisers) Clinton decided to dredge up a tweet from her disastrous election bid.

The 73-year-old retweeted a post from the 2016 race in which she instructed Trump to “delete your account,” along with a black checkmark.

Not only has the ex-secretary of state not moved on from her crushing defeat four years ago, but she also appears to be claiming the dramatic scenes that unfolded in the US this week as some kind of belated win for her stillborn presidential push.

Needless to say, the post whipped up a swirl of reaction on social media. Amidst all the die-hards who still can’t believe that Clinton lost were a host of respondents urging the former first lady to move on with her life.

“That’s one more checkmark than you received on election night 4 years ago,” one commenter quipped, while another added: “Does it hurt knowing that you couldn’t beat this guy?”

That’s one more checkmark than you received on election night 4 years ago.

Does it hurt knowing that you couldn’t beat this guy?

Others posted reminders of Clinton’s infamous ‘pied piper’ strategy, which sought to elevate Trump as he battled to secure the Republican nomination for 2016 because the campaign team thought he would drag more established candidates to the right and make the election easier to win.

Bizarrely, some of the Hillary true believers posted messages saying “you did it” and “mission accomplished,” as if the past four years were all part of an elaborate plan to get Trump’s Twitter account shut down.

She didn’t do anything

Meanwhile, other Democrats took the opportunity to bask in the moment and shared memes imagining the party’s major figures reacting to Trump’s social media shutdown.