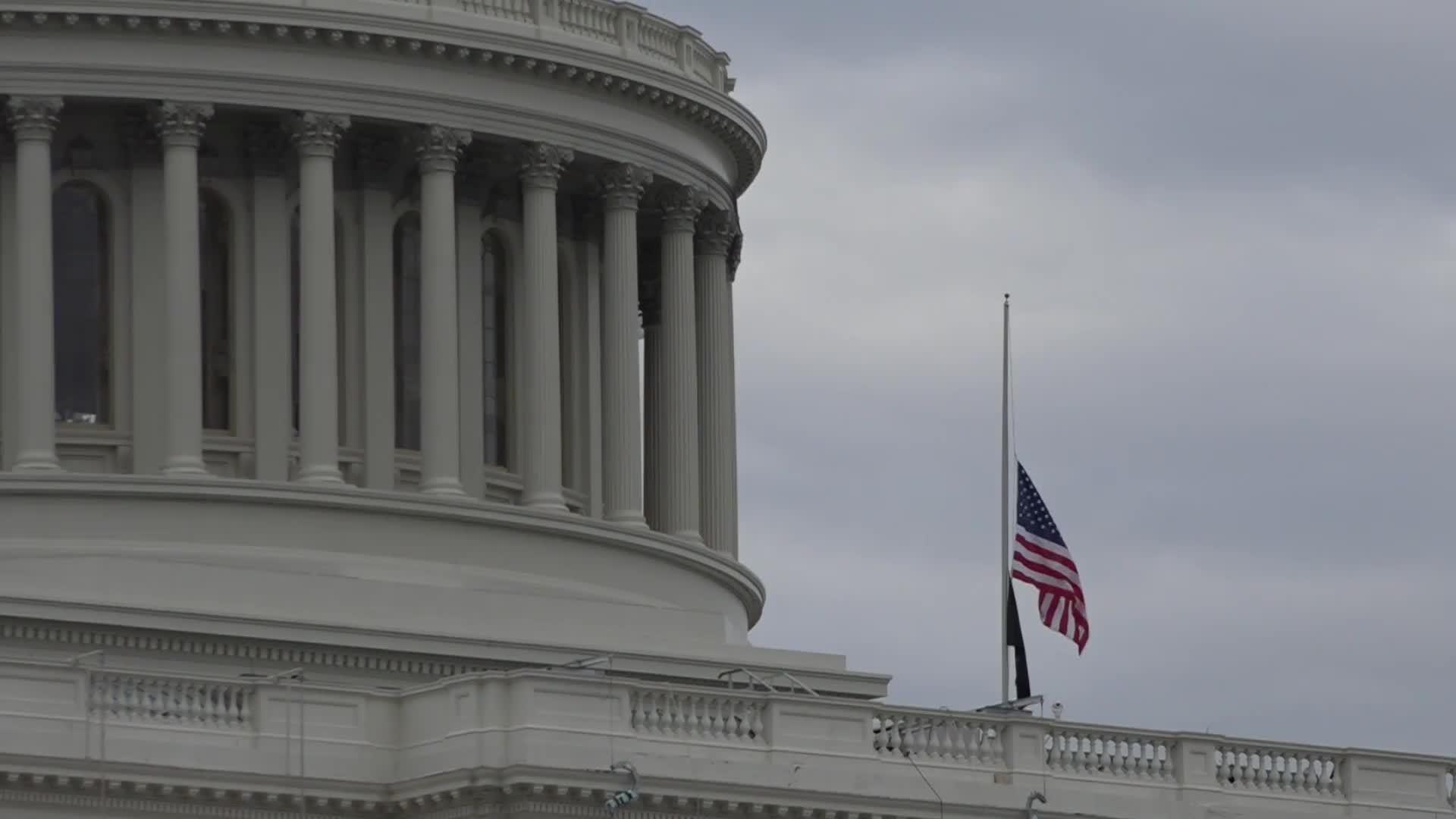 The US flag was flown at half-mast on the Capitol building in Washington DC, Friday, following House Speaker Nancy Pelosi’s order, in honour of policeman Brian Sicknick. Sicknick died following a recent attack on the Capitol.

Sicknick died from injuries sustained during the Capitol attack by Trump supporters when he physically tried to block some from entering. He was 42 years old and a military veteran who had worked for 12 years in Capitol Police. His death is being investigated.

The Wednesday US Capitol attack was condemned by politicians on both sides of the aisle as well as by leaders from around the world. President-elect Joe Biden and Vice President-elect Kamala Harris denounced the ‘mobbing’ of the Capitol, in which five people died and dozens were arrested.