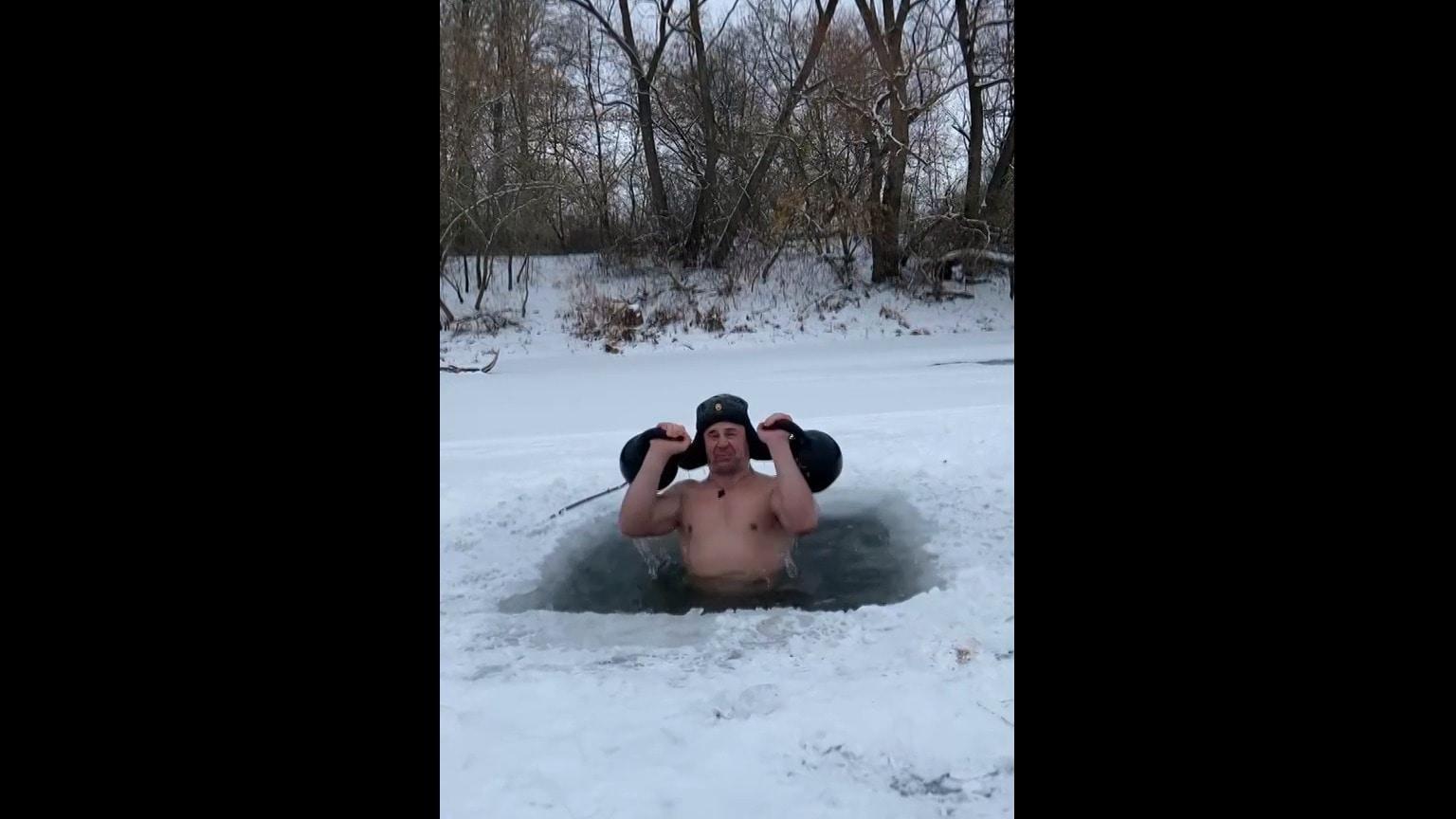 While ordinary Russian might take an occasional run in the cold winter, powerlifter Viktor Drago begins his mornings lifting weights while ice swimming with his winter fur cap on, as he shows off in footage that went viral on social media.

“My friends and I always take weights to the ice hole and warm up before swimming, so I decided to film such a picturesque, funny video with a winter fur cap on,” the athlete said during an interview on Friday.

However, on warmer days Drago prefers to pull some multi-ton KAMAZ truck, or popping hot water pouches by over-inflating them.

He has also warned viewers not to try his feats at home, as he has years of preparation extreme sports.

The athlete said his goal is to motivate people to follow a healthy lifestyle, adding his ice swimming next time will be a bit unusual.

“Many people said that this video is missing boots, balalaika, bear, and a stopwatch. Well, my ‘bear’ is sleeping now, so when he wakes up, we will do it,” he joked.